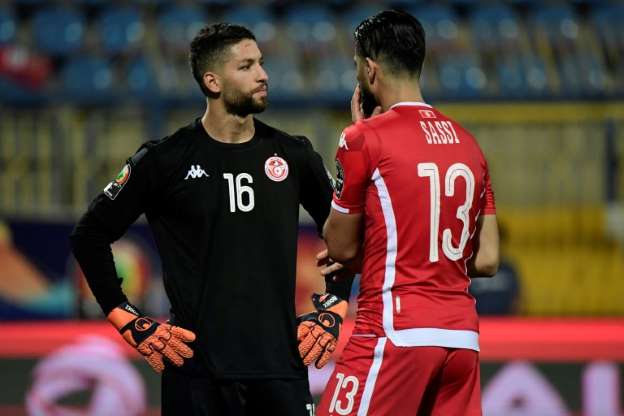 Tunisia goalkeeper Mouez Hassen has apologised to his coach, teammates and Carthage Eagles fans for his actions during Monday’s Africa Cup of Nations (AFCON) Round 16 clash with Ghana.

Though Hassen had a decent game, including a late save that stopped Ghana winning the match, he reacted badly when he was denied the chance to be in goal for the ensuing penalty shootout.

Instead, Coach Alain Giresse brought in Ben Mustapha for the shootout, a decision which Hassen openly protested as he reluctantly left the pitch.

However, the France-based goalkeeper having reviewed his action has tendered an apology blaming his behaviour on the passion he has for the national team.

“I would like to come back to yesterday’s [Monday] incident and would start by apologising to my coach, to my teammates and to the supporters of our national team,” Hassen said in a statement released on Tuesday.

ALSO READ:Etebo is top African Player at 2019 AFCON in one key statistics

“The pressure of the game and my enthusiasm to play for my country were the reasons behind my regrettable behaviour during the game against Ghana.

“I can say I lost my sporting spirit during that moment.

“Those who know me can testify that I have high regard for professionalism and patriotism and that I am strongly attached to our national team.

“I would like to apologise once more to all, as I count on the understanding of my technical staff, my teammates and the supporters.”

With Tunisia already gearing up to face Madagascar in the quarterfinals on Thursday, Hassen has promised to behave going forward.

“I promise to show a positive behaviour and a spirit of cohesion for the rest of my time with the Carthage Eagles, whose membership is a big pride” he added.