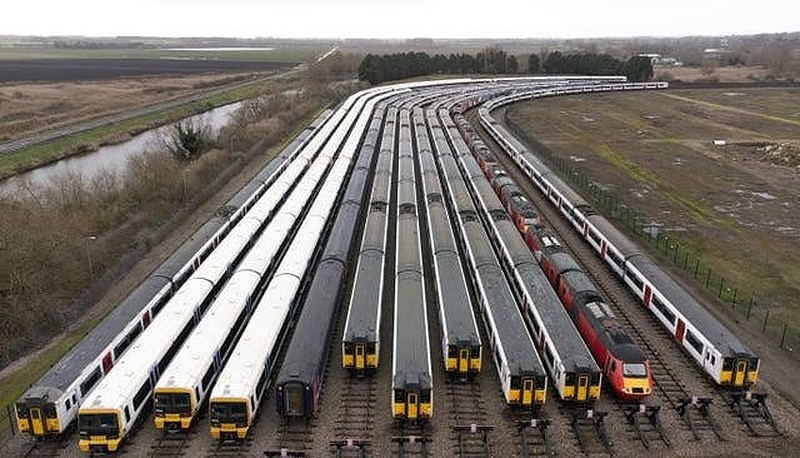 British rail passengers face a fourth consecutive day of travel disruption on Friday because of a strike by thousands of workers in a dispute over jobs, pay and conditions.

Services will be crippled by the walkout by members of the Rail, Maritime and Transport union (RMT) at Network Rail and 14 train operators.

The action will last for 48 hours and follows a stoppage on Thursday by train drivers in the Aslef union which caused widespread disruption.

Aslef general secretary Mick Whelan has warned it was “inevitable” that further strikes would be held unless the deadlock was broken.

He suggested strikes could escalate, saying train drivers wanted to go “harder and faster” after years of not receiving a pay rise.

He accused rail employers and the government of “playing games” rather than making any serious attempt to resolve the pay dispute.

“The situation is getting worse and my members now want to go harder and faster because of the lack of progress,” he said.

Only around 20% of normal services will run on Friday and trains will start later and finish earlier.

The strike ends a week of industrial action on the railways, with the dispute remaining deadlocked.

Talks are expected to be held early next week, but unions continue to accuse the government of blocking a deal.

Ministers deny they are interfering in negotiations.

Picket lines will again be mounted outside railway stations on Friday.

Unions, including those representing railway workers, reacted with anger to a government announcement on Thursday on proposed legislation to ensure minimum levels of service during strikes in industries including the railways.

Officials said any laws would be unworkable and might lead to even more industrial action as a response to the controversial move.