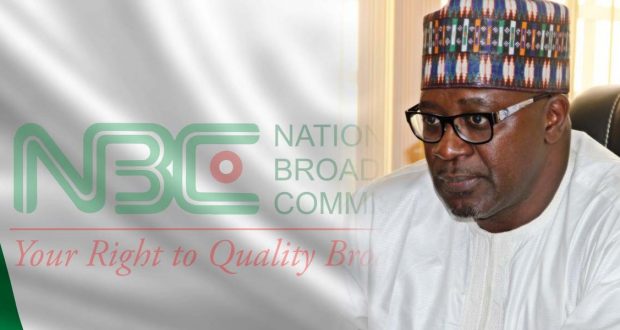 A civil rights movement under the aegis of Coalition Against Corruption and Bad Governance has made a new discovery of 16 illegal slots of radio licenses approved by the Director-General of the National Broadcasting Commission (NBC), Mallam Ishaq Kawu Modibbo for himself and cabals in the Presidency.

The development was said to have thrown the NBC into serious tension as staff and management discuss the issue in hushed tones.

While six slots were for his private company, Word, Sound and Vision Multimedia (WSV) Limited, another 10 were approved for companies which neither applied nor appeared on the list approved by President Muhammadu Buhari.

The chairman of CACOBAG, Alhaji Toyin Raheem, in a statement issued in Abuja on Saturday, said independent findings revealed that Alhaji Babagana Kingibe, a former Secretary to the Government of the Federation (SGF) and his family were among the 10 beneficiaries of the radio licenses recently dolled out by NBC.

He demanded that the Federal Government should direct anti-corruption agencies, including the Economic and Financial Crimes Commission (EFCC) and Independent Corrupt Practices and Other-Related Offences Commission (ICPC) to investigate the allegation.

The organisation threatened that should the Federal Government and its anti-graft agencies fail to act by probing the allegations, it would “be left with no other option but to approach the court to seek an order of mandamus to compel them to do their duty as conferred on them by the laws of the land.”

Raheem said, “We are again compelled to draw the attention of President Buhari and indeed the Nigerian public to another finding, which indicates that one of the 10 illegal radio licenses dolled out by the leadership of NBC is owned by the family of Alhaji Babagana Kingibe.

“The 10 companies that did not apply or bided for any radio license were smuggled into a list already approved by President Buhari.

“Our findings at relevant quarters show that one of the beneficiaries of the doctored license list is Oracle Exclusive Services and Consult Ltd, with its registered address as 20 Monrovia Crescent, Wuse 2, Abuja.

“Further investigations also reveal that the company has only two directors/shareholders, who are both children of Mr Kingibe, namely; Abdulkabir Kingibe and Zara Aminu Deribe, who both gave the same address as 59 Nelson Mandela Crescent, Asokoro, Abuja.

“This is obviously another confirmation of one of the ways the deadly cabal around President Buhari operates by circumventing due process and manipulating his approvals for personal benefits.

“We believe this is totally unacceptable in a country governed by rules and regulations. This is an abuse of office and a display of cheer greed.”

The CSO urged Buhari and the anti-graft agencies that had been petitioned on this matter to move swiftly and probe its allegation against NBC and its leadership.

“We reiterate our earlier call on President Buhari to immediately direct the EFCC and ICPC to launch an investigation into this embarrassing development to protect the integrity of the administration, which professes zero tolerance for corruption as one of its cardinal pillars. We equally assure the public of our commitment to expose corruption anywhere we find any”, Raheem stated.

Share this on WhatsApp
Related Topics:Coalition Against Corruption and Bad GovernanceMallam Ishaq Kawu ModibboNational Broadcasting Commission (NBC)
Up Next