The Federal Government has petitioned the National Broadcasting Cooperation (NBC) over the obscene contents in the Big Brother Naija Show (BBNaija).

Runsewe also said that the organization (NCAC) was queried by both Nigerians at home and in the diaspora after clips of the semi-naked women went viral.

“We are going to represent that bill. You can’t fight a battle without a legal framework; we are definitely going to be conscious of that. I will take up the issue of Big Brother Naija; I have spoken with officials of the National Broadcasting Commission because what is going on now is terrible. Having love affairs on live TV is not part of our own culture at all.”

Runsewe also hinted that at a new reality TV show that would primarily promote the Nigerian culture in line with the broadcasting codes and conducts.

“Let me use this forum to tell Nigerians that a new Big Brother Naija is on its way coming and we are working with Startimes. We are doing BBN that will reflect the true Nigerian culture. We are already working on it, all that will be eaten there will be Nigerian food, the dresses will be Nigerian dresses.”

Meanwhile, one of the housemates of the ongoing season of the show, Khafi, who is a UK Metropolitan police officer, was recently called out over her sexual activities in the house. This could be one of the reasons the Federal Government is taking up the Big Brother Naija case with the NBC.

Multichoice, the company that runs Big Brother Naija will be at the receiving end if NBC decides to scrap it. Apart from the fact that the producers of the show make huge revenue from the subscribers of DSTV, money is also made through the viewers’ votes.

This means Multichoice will lose subscribers as well as the ratings and income it gets through BBnaija. 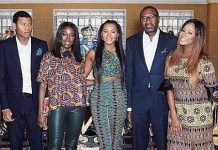