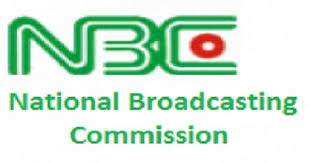 The Socio-Economic Rights and Accountability Project (SERAP) including 261 concerned Nigerians, civil society and media groups have dragged the National Broadcasting Commission over the imposition of 9 Million fines on Channels TV, Arise TV and AIT.

The litigants are asking the court to declare as arbitrary, illegal, and unconstitutional the N3m fine each imposed on Channels, AIT and Arise TV for their coverage of the #EndSARS protests.

They are also asking the court to stop NBC from collecting the money.

The acting Director-General of the NBC, Prof. Armstrong Idachaba, who is joined in the suit as Defendant, had last week announced fines of N9 million on Channels, AIT, and Arise TV for purported “unprofessional coverage” of the #EndSARS protests across the country.

But in the suit number FHC/ABJ/CS/1436/2020 filed last Friday at the Federal High Court, Abuja, the Plaintiffs are seeking: “an order setting aside the arbitrary, illegal and unconstitutional fines of N9 million and any other penal sanction unilaterally imposed by the NBC and Mr Lai Mohammed on Channels, AIT and Arise TV, and on any other radio/television stations simply for carrying out their professional and constitutional duties.”

The Plaintiffs argue that: “Section (2)(n) of the NBC Act and the Broadcasting Code are oppressive, and clearly inconsistent with the Nigerian Constitution and the country’s international obligations.

According to the Plaintiffs: “The NBC and Lai Mohammed have consistently used broadcasting codes to suppress the watchdog roles of independent media, and to violate Nigerians’ human rights, including the rights to freedom of expression, to disseminate and receive information, and hold their government and public officials to account.”

The Plaintiffs are also seeking “an order setting aside the fine of N5 million and any other penal sanction unilaterally imposed by the NBC and Lai Mohammed on Nigeria Info 99.3 FM Lagos, simply for carrying out its professional and constitutional duties.”

The suit was filed on behalf of the Plaintiffs by their lawyers Kolawole Oluwadare, Adelanke Aremo and Opeyemi Owolabi.

Share this on WhatsApp
Related Topics:National Broadcasting Commission (NBC)Socio-Economic Rights and Accountability Project (SERAP)
Up Next

Insist on implementation of 5for5 demands, Adeyemi urges youths