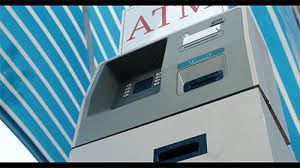 A 27-year-old unemployed man, Precious Peter, who allegedly damaged an Automated Teller Machine (ATM), belonging to Access Bank with intent to steal on Thursday appeared in an Ikeja Magistrates’ Court in Lagos.

The police charged Peter, whose residential address was not given, with four counts of conspiracy, breaking in, damage and attempted to commit a felony.

Peter, however, denied the charge.

The prosecution counsel, ASP Bisi Ogunleye, told the court that the defendant and others at large, committed the offence on April 17 at 01:00 at Chisco Bus-stop, Lekki, Lagos State.

He said that the defendant broke into the banking hall of Access Bank and damaged the ATM with intent to commit a felony.

Magistrate Ejiro Kubeinje admitted the defendant to bail in the sum of N250,000 with two sureties in like sum.

Kubeinje ordered that they must be gainfully employed and show evidence of two years tax payment to the Lagos State Government(LASG).

She adjourned the case until July 19 for mention.