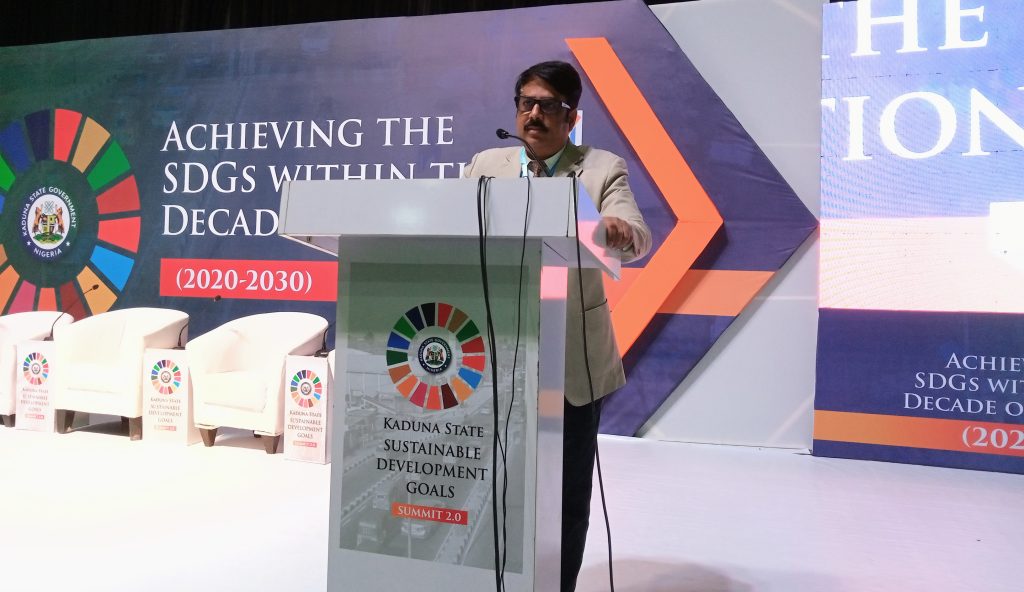 The United Nations Children’s Fund (UNICEF) has reiterated its commitment to support Kaduna State Government to address poverty and promote uninterrupted growth and development of children.

Mr Donald Burgess, Chief of Field Office, UNICEF Kaduna, stated this in on Thursday in Kaduna, at the 2022 Sustainable Development Goals (SDGs) Summit 2.0.

The summit was organised by the SDGs Unit, Kaduna State Planning and Budget Commission to increase awareness, renew commitment and mobilise resources to accelerate the achievement of the goals.

Burgess said that the support to the state government would cover SDGs 1 to 6, with focus on poverty eradication, ending hunger, promotion of good health and wellbeing, and quality education.

Other interventions, he said, would focus on promoting gender equality and increase access to clean water and sanitation.

He commended the state government for the laudable achievements in accelerating SDGs result in the state, stressing that Kaduna state is the only sub-national that presents SDGs report at the UN Secretary General meeting.

“This is highly commendable, and I really appreciate the achievement of the state in leading local action on accelerating the SDGs action.

“This is a job of everyone from top to bottom to sustain the recorded results in the state,” he said.

He stressed the need for the support of all stakeholders toward the achievement of the remaining targets in the next seven years.

Also, Dr Amarakoon Bandara of the United Nations Development Programme, congratulated the remarkable transformation recorded in the state in making it a better place to live and in improving the wellbeing of the people.

Bandara said that the progress was notable in reduction in unemployment and child labour; progress made in women representation in governance, access to clean toilet and electricity in schools, among others.

He said that the submit provided the needed platform for stakeholders to brainstorm on areas of progress, identify bottlenecks and find ways to address them.

He described Kaduna State Development Plan as the “pivotal tool” in decision making and resource allocation towards achieving the state’s ambitious growth and prosperity for its people.

He called for concerted effort towards the full implementation of the plan to achieve the SDGs by 2030 at the state level.

‘Going forward, the state government needs to sustain its SDGs achievement with greater focus on peace and security, which are fundamental for sustainable growth.

“Also, achieving the development priorities of the state will not be easy due to scarcity of resources.

“However, resources can be harnessed if there is a political will, good governance mechanism and best practices,” Bandara.

On his part, Emir Sanusi Lamido Sanusi, described Kaduna State as a role model in gender equality and the participation of youths and women in governance, thereby encouraging diversity.

Sanusi also commended the laudable efforts of the state government in addressing the quality of teachers, improving school enrolment and addressing malnutrition among children under five years.

According to him, chronic malnutrition affects the intellectual capacity of children and limits their potential in academic performance in future.

“I am happy to see the state government’s efforts in addressing malnutrition. This is because the future of Nigeria depends on the quality of its people.

“We must invest in the healthcare, nutrition and education of our people. We need to focus on gender equality so that our girls and our women will have all the opportunities that they deserve,” Sanusi said.

2023: SDP denies alliance with any party