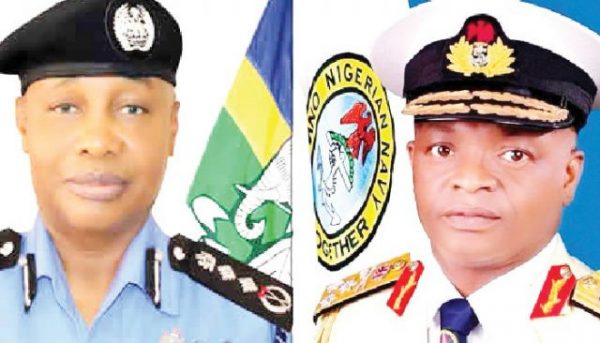 Update: Navy denies its officers stabbed a policeman to death
Share this on WhatsApp
Spread the love

The Information Officer, Western Naval Command, Edward Yeibo, has denied reports that naval ratings stabbed a policeman to death in the Satellite town area of the state on Saturday, December 3.

It was earlier reported that four Naval ratings riding on motorcycles were stopped by a team of police officers on anti-robbery patrol within the Oluti area in Satellite town and asked to identify themselves. The policemen’s action reportedly infuriated the ratings, who were said to be in mufti. An argument subsequently ensued among the men, which degenerated.

According to the police, the naval officers who have been identified as S/NO. 20507 Onyekachi Egwumian, 27, S/NO. 16933 Ebube Growth, 28, and two others who are currently at large allegedly attacked the officers and in the process stabbed ASP Abion Hezikel in his chest with a jack knife as well as injured three others who tried to mediate during the disagreement. The four injured persons were rushed to the hospital where the officer was confirmed dead. Two of the Naval ratings have been arrested while the other two are said to be on the run.

Reacting to the incident, Edward Yeibo, denied the Naval ratings stabbed the officer to death. Recounting what transpired to Punch, Yeibo said

In the process, the policemen, numbering about eight, and some hoodlums gathered and started hitting the ratings. Consequently, one of the policemen cocked his rifle, released a shot and everybody scampered to safety. Currently, a preliminary investigation is ongoing by the intelligence unit of the navy and the naval police.”