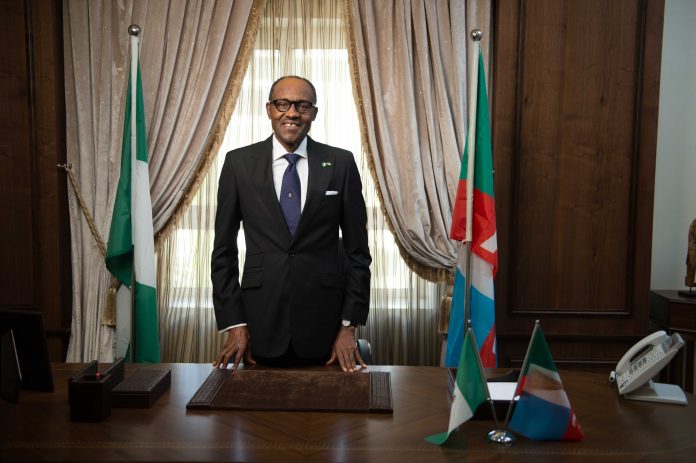 Share this on WhatsApp
There has been rising disquiet since Aisha Yesufu, Co-convener of the Bring Back Our Girls (BBOG), called for resignation of President Muhammadu Buhari last week citing his unstable health status as stagnating governance in Nigeria.
Aisha Yesufu’s advocacy may have been appealing to the conscience of many citizens across the country but is yet to get public support, probably because of partisan politicking. However, some stakeholders could hold back in countering Yesufu’s advocacy.
Debo Adeniran, Executive Chairman, Centre for Anti-Corruption and Open Leader (CACOL), in a seeming agreement with the Arewa Consultative Forum (ACF) turned against the BBOG Co-Convener, describing the call for President Muhammadu Buhari’s resignation as preposterous and unwise at point in the chequered history of the country.
“We say, unequivocally, that we do not think Buhari should resign at this point in time.
This is because whether those behind the calls believe or not, Nigeria has made a lot of gains with Buhari as President. We do not belong to the category that does not recognize that the President’s body language and the policies he has been implementing have really put the incurably corrupt elements in government positions and their collaborators on their toes and, thereby, moving the country toward a more positive direction,” Adeniran declared.
He maintained; “It will amount to living in self-deceit if we don’t appreciate that Buhari’s coming has made the kitchen hotter for most of the dubious elements in our public offices and the private sector with the will and zeal with Mr. President have confronted corruption with thus far.”
“The reality is that Buhari may not drop death like those who his anti-corruption battle is hitting on would want. We must be circumspect in dissecting the Buhari’s illness and the consequence of his resignation as at now. We need to look at the gains of the Treasury Single Account, TSA, the re-energized anti-corruption agencies, and the reality that even bribe givers and other corrupt elements who previously operated freely with bared-faced impunity cannot continue ‘business as usual’ since the new Sherriff came town. The President being alive rather than being dead like his detractors would want scares those who want to continue the business of corruption to the marrows and that are why they would rather want Buhari dead or his resignation at moment. It is a plot to take country back to those corrupt days of particularly the previous government.” Adeniran said
“We know some of those calling for his resignation wouldn’t have even suggested the idea when their lord of the manors, Mr. Goodluck Jonathan, was on the saddle even if his health status was worse than Buhari because corruption ruled supremely. Aside from this, we dare to say that none of our former Presidents has the pedigree of Buhari when it comes to integrity and frugality. Most of the former leaders own properties and highly unexplainable wealth including Ibrahim Babangida and his hill-top mansion that position him like a demi-god in Minna and Olusegun Obasanjo with his Presidential library and so-called private farm of his at Ota, Ogun state.”
In concluding, Adeniran said, “we advise that those calling for the resignation of the President to shelve such idea because the man has already done what is constitutionally required of him when his health challenges needed to attended to by officially handing over to his deputy to act as the President. Thus there exists no vacuum in power and governance is continuing, making the call for resignation preposterous.
Sick as Buhari is, the kitchen remains hot for the corrupt-minded, and this is why they want him dead or get him to resign. Those who insist he should resign should come up with valid constitutional provisions that say so.
Moreover, the Arewa Consultative Forum (ACF) also dismissed calls for the resignation of President Muhammadu Buhari due to his health condition.
The forum had said that the call for Buhari’s resignation was unconstitutional and misplaced.
ALSO SEE: Speculation on Buhari’s state of health is vicious – HURIWA
ACF in its reaction to a statement credited to the co-convener of Bring Back Our Girls group (BBOG), Aisha Yusuf, said the call was unnecessary.
ACF in a statement by National Publicity Secretary, Alhaji Muhammad Ibrahim Biu, said, Nigerians should rather pray for President Buhari than intimidating him or calling for his resignation.
“Nigeria is practising a presidential system of government as contained in the 1999 constitution (as amended). President Buhari has done what is constitutionally required of him to do by his letter to the leadership of the National Assembly. The Vice President is now Acting President, performing the duties of Mr. President.
“In other countries, when their President fall sick or become incapacitated while in office, the citizens encourage him through prayers and good wishes, rather than intimidation or calling for his resignation.
“We can draw a lesson from such countries and wish President Buhari well for the progress of our country.
“The call by Aisha Yusuf co-convener of BBOG for President Buhari to resign is therefore unnecessary, misplaced and not in tune with the provisions of our 1999 constitution,” ACF had emphasised.
Co-convener of the BringBackOurGirls (BBOG), Aisha Yesufu, had, last week, called on President Buhari to resign due to his health issues, contending that an acting president is not what Nigeria needs.
“When are we going to realise that this acting president thing is not working out, it’s really not working out?
“Things are stagnating in Nigeria, for crying out loud, the president is sick, the president is not capable of discharging his duty as president, why can’t he resign,” she had declared.
President Buhari had on May 7, 2017, proceeded on another medical vacation to London, the United Kingdom (UK) few months after he returned from London on medical vacation that lasted 49 days.
Vice President, Yemi Osinbajo has been acting president whenever President Buhari is on medial vacation overseas.
Share this on WhatsApp