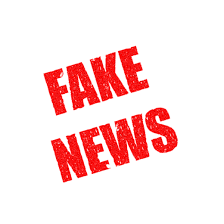 Veteran urges media firms to verify information before putting it out to stop fake news.

The Nigerian media industry should take upon itself the responsibility of verifying information if the country must overcome the menace of fake news.

Prince Dotun Oyelade, Executive Chairman, Broadcasting Corporation of Oyo State (BCOS) stated this on Tuesday in Ibadan at an event organised to kick off a series of events lined up to mark the 40th anniversary of the setting up of the station.

“All we need to do is to be meticulous in sifting between stories that are true and those that are blatantly false and which are being used to attain certain ends,“ he said.

Oyelade said the challenges of the new media were not peculiar to Nigeria, neither to Africa nor the entire world.

“The technology of the new media has thrown up so many challenges in different ways and individual stations have to grapple with them in their own ways,“ he said.

He described television broadcasting as the oxygen of democracy and said for this reason the current management of BCOS has taken it upon itself not only to improve on what was on ground, but to lift the station from near collapse to the enviable position it currently occupied.”

Also, Mr Adebisi Adesola, a media veteran, said for journalism to thrive, it must be a repository of standards.

“The traditional media would have a big problem in their hands if they are to compete with bloggers, online media as they would no longer bother to verify information.

“You (main stream media) have a responsibility as an outfit to be credible, to be professional.

“You must be repository of standards, you must ensure you set the standard for all of them,” Adesola advised mainstream media professionals.

In his remark, Prof. Yemi Faronbi, a former ambassador and veteran journalist, said the dream and vision of the late Chief Bola Ige, a former governor of old Oyo State who set up the BCOS, was to have the best television station in Africa.

“This vision has been driving the station in the last 40 years.

“The whole idea was to make this place a Mecca of television stations in Africa, a basal you can go to and find something that soothes,” Farounbi said.

The National Daily reports that lots of events have been lined up for the celebration of BCOS television at 40, slated to kick off in May.