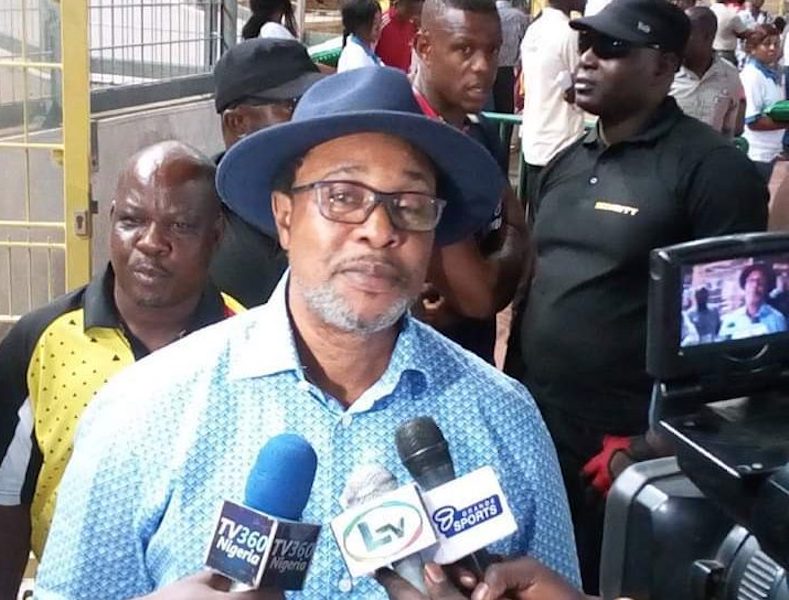 Tonobok Okowa, President of the Athletics Federation Nigeria, has said that his priority was to push athletics forward, so as to enhance the development of the sport in the country.

Okowa told Journalists on Monday, at the end of the federation’s first board meeting held at package B of the Moshood Abiola National Stadium, Abuja, that athletes’ welfare was also part of his priority.

“We have to work hard to push Nigerian athletics forward from the grassroots development, to junior and senior championships.

“The athletes’ welfare is part of the things we discussed, what we can do and to put in place and to do the right thing, so that the athletes will perform well in their forthcoming Championships,” he said.

Okowa said the purpose of the first executive meeting of the board was to deliberate on the development of the Federation.

“The outcome of the meeting is that we discussed the areas we need to touch, especially the formation of committees and sub-committees.

“Everybody contributed to what they felt they can do and what we could do, to push the federation forward and also enhance the development of Athletics in Nigeria.

“We disagreed to agree on getting the right things done and when people of like minds come together they will achieve and that’s what we are here for,” he said.

He added: “We also discussed what happened in Kenya during the World Athletics Junior Championships and some other areas that we need to make urgent corrections and see how we can do it better.

“We went there (Kenya) we performed well and we made country proud and we will do better when the committees are in place, then everybody will work and work hard,” he said.

At the U20 World Athletics Championships held in Nairobi, Kenya, Team Nigeria finished third on the final medals table with four gold and three bronze medals.

The National Daily recalled June 2021, the Delta State Sports Commission chairman Tonobok Okowa was elected President unopposed when he polled 43 of the 44 votes.

Gunmen kidnap councilor in A’Ibom, the third abduction in 3 weeks