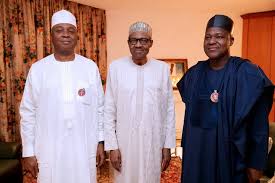 There are a bunch of people to blame as former Speaker Yakubu Dogara made his third round trip to the ruling APC party—his sixth defection in about six years.

According to sources in the Wadata House, Dogara helped Gov. Bala Mohammed win the Bauchi governorship election, but the governor turned around to kick his helper in the teeth. Some PDP leaders also joined the conspiracy.

Apparently the state’s ruling party is going through a simmering crisis that might boil over soon.

The move by Hon Dogara was news to the APC.

Bashir Ahmad, Senior Special Adviser to the President on New Media, confirmed the visit of the former Speaker to President Buhari on his twitter handle.

The former Speaker was among the defectors that formed the nPDP in the build-up to the 2015 general elections. He went on to emerge Speaker of the House in the 8th Assembly against the zoning arrangement of the ruling party. 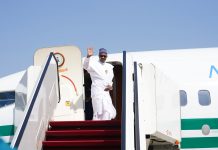