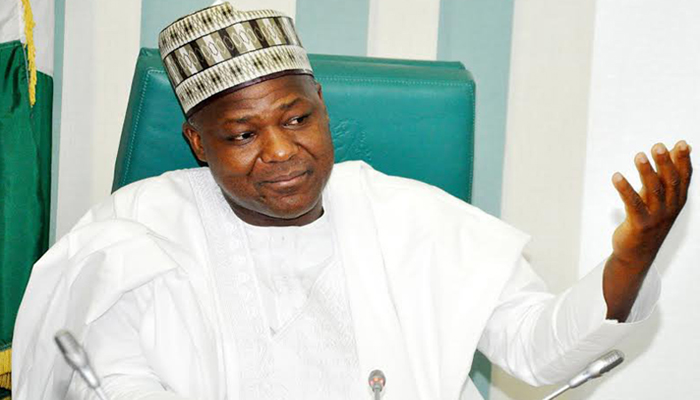 Share this on WhatsApp
Spread the love
Faced with numerous security challenges, the Speaker of the House of Representatives, Yakubu Dogara, on Monday tasked the military to change tactics, and rely more on intelligence gathering to tackle insecurity in the country.

Speaking at the annual conference for Nigerian Defence Attaches organised by the Chief of Defence Intelligence (CDI), on Monday, Dogara pointed out that democracy can only be sustained in a situation where people’s lives are secured and where laws respected.
Dogara also wants the military to exploit interagency information sharing since it has become important considering that threat to life posed by insurgents and advancement in technology are paramount.
However, the speaker commended he military for their support towards ensuring the nascent democracy.
He called on the military to redouble its efforts to deal with rising cases of kidnapping that has threatened economic and political development.
Dogara said, “I believe that if we succeed in gathering effective and reliable intelligence that can be interpreted, we will always be ahead of the terrorists, of the kidnappers, and of all those who are threatening our peaceful coexistence.
“I have always maintained that terrorism is a global problem,  and therefore, no single nation, no one nation should be left alone to deal with it.
“The most important thing in Nigeria right now, even though we are practicing democracy, is not the institution of the presidency, it is not the legislature, it is not even the judiciary but it is law and order and national security in the sense that when there is no peace and order, there can’t be a nation and we must have Nigeria first before we can talk about a Nigerian president.
“I want to commend the military for putting together this function and to say that being aware of our role as the first institution of our democracy, we will do everything within  the confines of our powers and within available national resources, to see that we appropriate more for the peace, order and good governance of this country, because any nation which fails to invest in security will diminish.
Saying that the contribution of the military to the development of the country’s democracy cannot be overemphasized, Dogara implored the security forces not to be deterred.
ALSO SEE: My life is in danger, cries Ikoyi whistleblower
Dogara added while appreciating the military for their good job said, “In most cases, I pity the military because they are always called upon at the 11th hour. In fact, sometimes at the 12th hour when everything has snowballed, crisis have happened, and casualties, that is when they are called upon.
“Whenever violence occurs you will see a reverse in the social order. As a matter of fact, violence even destroys civilisations.
“I have always used the theatre of conflict in Nigeria, the North-East, as an example. Virtually everything we have achieved in that region, especially in the three states that are most affected, is completely gone.
“So, what should be our response to violence because this is a generation that is called upon to defeat violence, otherwise, violence will defeat us and reverse our civilisation as it has happened in the North-East,” Speaker Dogara reiterated.
Share this on WhatsApp
Related Topics:Boko Haram insurgencyChief of Defence Intelligence (CDI)Speaker of the House of RepresentativesYakubu Dogara
Up Next

I stole my boss car because N45,000 salary was not enough for me – suspect

Police shoot two in deadly clash with students in Ibadan