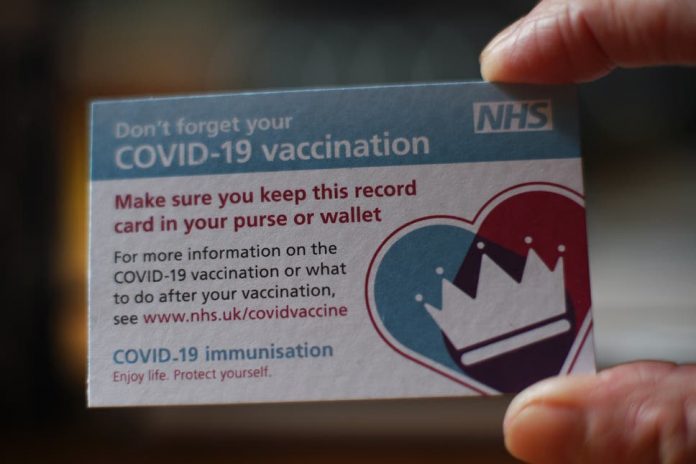 England plans to introduce vaccine passports for access into nightclubs and large events will not go ahead because of the criticism that greeted the proposal, including from MPs.

Just a week ago, the vaccines minister had defended the scheme as the “best way” to keep the night industry open.

Under the scheme, people would have been required to show proof – whether of double vaccination, a negative Covid test or finishing self-isolating after a positive PCR test – in order to gain entry to clubs and other crowded events.

The Night Time Industries Association had said the plans could have crippled the industry and led to nightclubs facing discrimination cases.

The industry body welcomed Sunday’s announcement, saying it hoped businesses could now plan with some certainty and start to rebuild the sector.

The Music Venue Trust, which aims to protect grassroots venues, also said it was glad vaccine passports would not be going ahead, describing them as “problematic”.

There had been opposition from Tory MPs on the Covid Recovery Group as well as the Liberal Democrats, whose leader Ed Davey called vaccine passports “divisive, unworkable and expensive”.

Speaking on The Andrew Marr Show, Mr Javid said: “We just shouldn’t be doing things for the sake of it or because others are doing, and we should look at every possible intervention properly.”

He said he had “never liked the idea of saying to people you must show your papers” to “do what is just an everyday activity”.

“We’ve looked at it properly and, whilst we should keep it in reserve as a potential option, I’m pleased to say that we will not be going ahead with plans for vaccine passports,” he added.

Mr Javid denied the government was “running scared” of the policy after criticism from its own backbenchers. He said the passports were not needed because of other things in the “wall of defence” including high vaccine uptake, testing, surveillance and new treatments

On the same TV programme last week, Vaccines Minister Nadhim Zahawi said the end of September was the right time to start the vaccine passport scheme for sites with large crowds because all over-18s would have been offered two jabs by then and it was the “best way” to keep the night industry open.

Scotland is taking a different approach to England – they will bring in a vaccine passport for over-18s for entry to nightclubs and many large events from October.

In Wales, ministers will decide next week whether to introduce the scheme. There are no current plans for a similar scheme in Northern Ireland.

The UK government had faced pressure from a number of its own Tory MPs, as well as from nightclubs and the events sector, to ditch plans for vaccine passports in England.

An Office for National Statistics survey, covering 25 August to 5 September, found about 1 in 10 adults across Great Britain reported that they had been asked to show proof of vaccination or a recent negative test to be allowed into a venue or event.

On Saturday, Manchester United introduced Covid spot-checks on match days at Old Trafford, with the club saying it expected proof of full vaccination to become mandatory in the Premier League from 1 October.