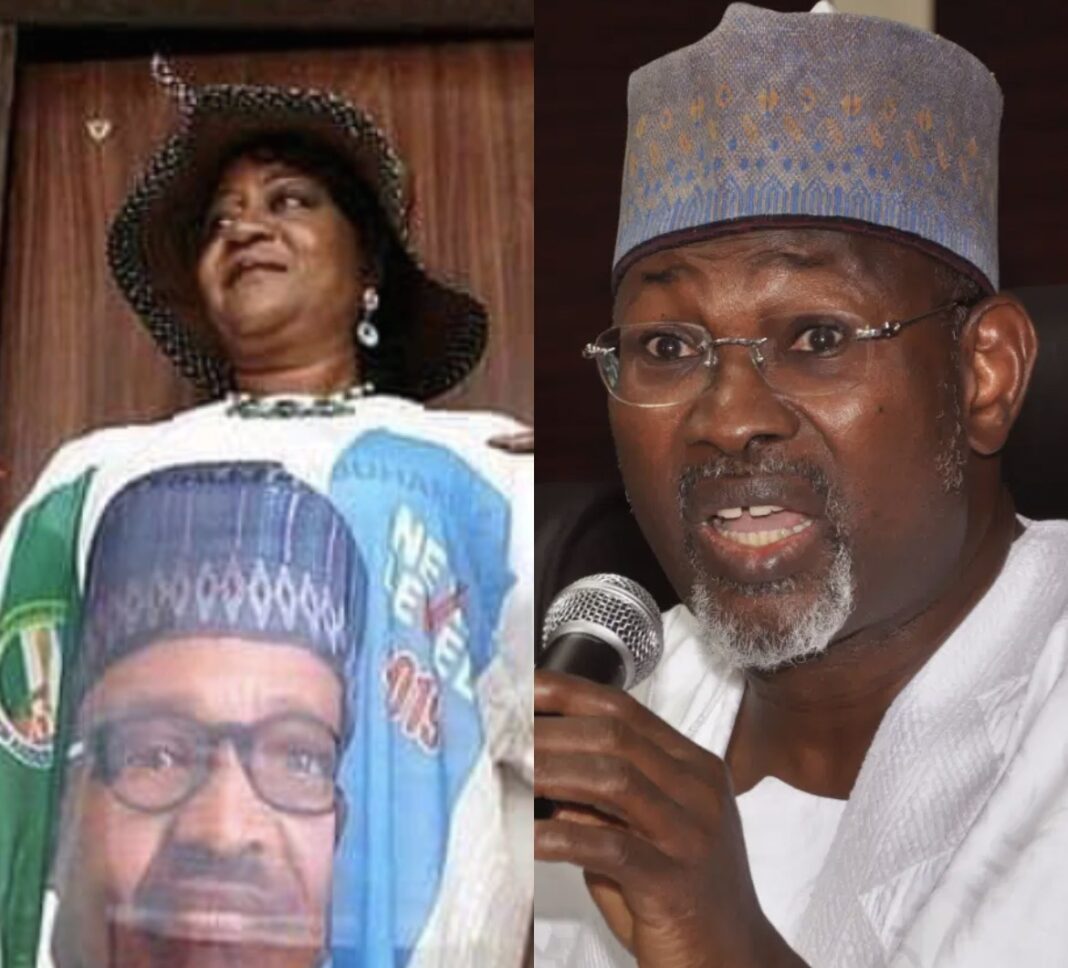 It should be recalled that Onochie’s nomination by President Muhammadu Buhari has sparked heated arguments and reactions with some stakeholders saying she isn’t qualified for the role because she is a card-carrying member of the APC.

Last Thursday, the Senate commenced the process of screening Onochie and five others as INEC commissioners.

Appearing before a Senate panel for her screening, Onochie declared that she does not belong to the All Progressives Congress or any other political party.

She, however, disclosed during her screening at the senate that she stopped being a party member in 2019.

But in an interview on Channels Television’s program Jega advised President Buhari to drop Onochie to avoid the controversy trailing her nomination.

He called on the lawmakers to apply the laws regarding the issue, in order to avoid a situation whereby elections she participates in may be viewed as being biased.

In a related development, the Delta State chapter of the APC has revealed that Onochie is not a registered member of the party.

The party in a statement on Sunday signed by Cyprian Ashibuogu, Clement Ozegbe, Nkem Osu, and Onyeisi Nwokolobia, urged the Senate to go ahead and confirm the nomination of Onochie as a commissioner for the Independent National Electoral Commission (INEC).

APC also urged the Senate to ignore protests and petitions against the nomination of Onochie.

The APC also described as ‘false’, a petition from a senatorial district in Delta State which has vehemently opposed her nomination because she is ‘Anioma daughter’.