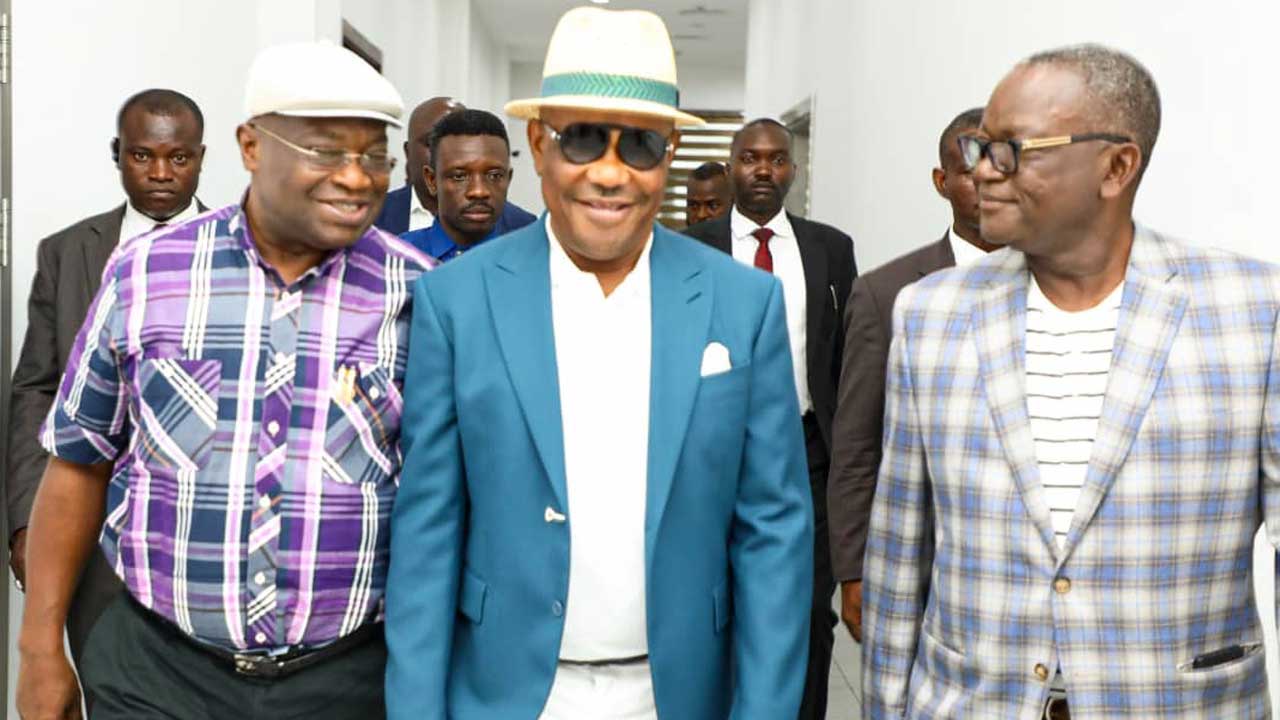 With the collapse of peace talks between Governor Nyesom Wike of Rivers state and the leadership of the Peoples Democratic Party, Wike, according to reliable sources, alongside Governor Seyi Makinde of Oyo state and Samuel Ortom of Benue state are deliberating on the next move.

According to the source, Wike and his team are currently in London, and are set to meet the Presidential candidate of the All Progressives Congress, Asiwaju Ahmed Tinubu for another round of negotiation.

Another source said, “The die is cast, Wike and his team have been canvassing for a Southern President of Peoples Democratic Party extraction.

“They were prepared to make concessions in the interest of the party but the arrogance of some leaders on the other side has forced them to have a rethink.

“They’re (Wike and co) not considering leaving the party, far from it. We all knew what happened in 2015 and 2019, our troubles came mostly from within. The outsiders simply stepped up and slid into the cracks.

“Ayu too has not helped matters. Instead of playing the role of a father to all, he chose to satisfy the longing of Atiku and a few of his expired political acolytes.

“If you can remember, Ayu did not contest an election, there wasn’t a contest. Initially there were three persons pencilled for the position when it was micro-zoned to Benue. They were: Sen. Gabriel Suswam, Sen. David Mark and Ayu.

“It was the Benue State Governor, Samuel Ortom, who in consultation with Wike and others thought it wise to let it go to Ayu.

“Ortom took it upon himself to talk to Suswam and Mark to get their buy-in and they stepped down in difference to him. Wike provided the largest chunk of the logistics which Ayu was to use to reach out to other caucuses but today, he calls all of them children. We shall see,” the man said.

Umahi to give Peter Obi grand reception in Ebonyi