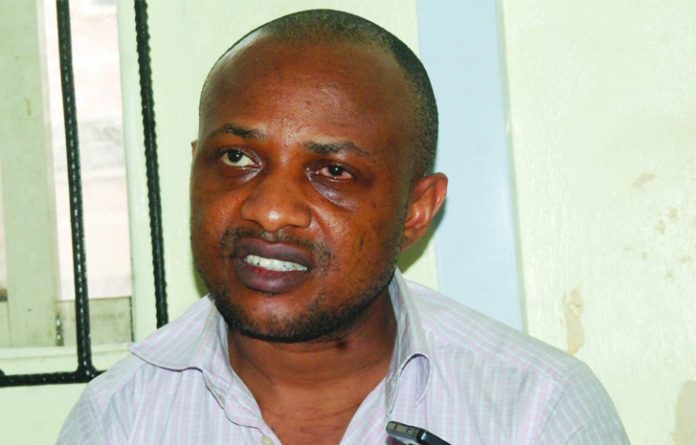 A Police Inspector, Idowu Aruna, standing in a witness revealed to the Lagos High Court, sitting in the Ikeja, how suspected billionaire kidnapper, Chukwudumeme Onwuamadike, Evans, and his gang members were quickly using money realised from ransom to build houses.

Inspector Aruna identified as a member of the Inspector General of Police Intelligence Response Team, noted that he was part of the investigative team that apprehended the gang.

He had declared, “The proceeds collected by the first defendant (Evans) were used for purchasing houses at Fred Shoboyede Street, in Magodo Estate where he was arrested.

“While the second defendant’s house located at Emmanuel Keshi Street, Magodo Estate was also bought with the proceeds of crime”.

The police witness also testified that Evans has a twin building located at the Fintex area in Accra, Ghana, and another landed property in Anambra State, Nigeria.

He was said to have confirmed that the police have been able to recover some trucks that Evans allegedly used for his business.

A video recording played in open court showed Evans confessing to some of the kidnap activities carried out by himself and his gang.

In the video, he could be heard saying, “We have carried out a lot of kidnappings where I have collected 2.3 million dollars and 1 million dollars as ransom fees for our victims including that of Donatus Dunu where we asked for ransom but he did not finish paying before he escaped from our custody.

The video also contained a confession that arms for carrying out the kidnap activities were allegedly obtained from someone in prison.

The kidnappings include the attempted kidnapping of Chief Obianuju Vincent the leader of “Young Shall Grow Motors”.

State prosecuting counsel, Adebayo Kareem informed the court after the cross-examination of the witness, the prosecution would be closing its case.

All six defendants were arraigned on August 30, 2017, for the alleged kidnap of the Chief Executive Officer of Maydon Pharmaceutical Limited, Donatus Dunu, from whose family they allegedly collected the sum of 223,000 Euro (N100m) as ransom.

Justice Hakeem Oshodi has adjourned the matter to the 31st of January 2020 for the defence to open its case.