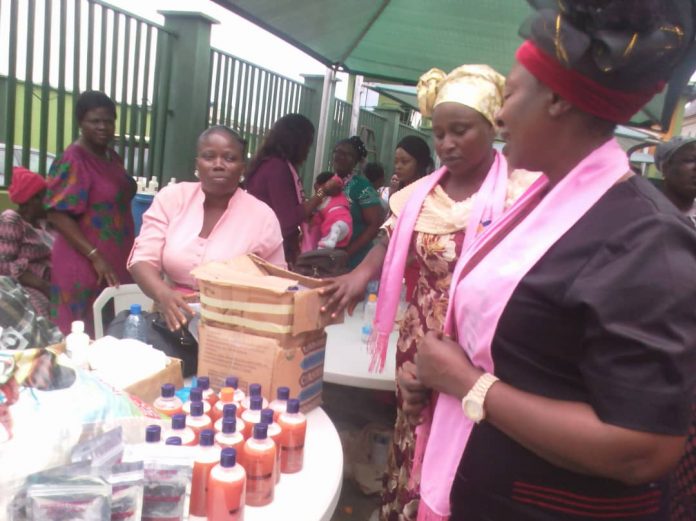 The Wife of the Lagos State Governor,Dr Ibijoke Sanwo-Olu has canvassed for more involvement of women in politics and well structured empowerment for them to equally contribute their quota in nation building.

Mrs Sanwo-Olu made this assertion at a-Day  Seminar and inauguration of the Lagos State Chapter of SHE COOPS Nigeria, an International Non Governmental Organization for women empowerment and participation in co-operatives.

Sanwo-Olu’s wife was represented by Lady Roseline Idimogu, wife of a Lagos lawmaker, Hon.Jude Idimogu, representing Oshodi-Isolo II in the Lagos State House of Assembly,she said that women must be empowered for the society to move forward. 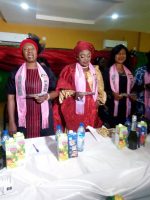 “More women should be politically active,by so doing they can help rewrite our developmental history.

“To the widows they need to be  more focused on their business as I call on government to make funds available to them,so that they can be self reliant through their petty trade.

“Women are unique set of people, who when armed with skills and abilities, can change the world. I will like to see every woman in Nigeria having a voice,” Sanwo-Olu said.

On what the government can do to help women, Sanwo-Olu called for education of the girl child and women, saying their education would reduce poverty in the country.

She described women as pillars of the homes and society, hence the need to give attention to their empowerment.

Also speaking, Mrs Grace Adeola, the Country Programme Manager of SHE COOPS said that intendment of the inauguration was to build a better world for every woman and improve on their well-being.

Adeola, who urged women “to come together as a cooperative “, called for massive empowerment of the women folk to bring real change to the world.

According to her, when women are developed, enlightened and trained, families, society and the world will be a better place.

She said that the major challenge of women empowerment remained fund for skills acquisition, but the NGO had sought fund internationally from those whose goals and ambitions were to develop women.

Speaking, Appolonia Eke, the Lagos State Coordinator of SHE COOPS said that the hidden treasures in most women had not been discovered because the society had not encouraged them to exhibit what they have in them.

“From my dealings with women of low, middle and high classes, I got to know that women are unique species and agent of change.

“If they are empowered, the whole nation is empowered. There are many hindering factors, debarring women access to empowerments and that gap is what SHE COOPs is out to bridge,” she said.

Eke commended the Lagos Government’s passion and investment in women empowerment programmes over the years.

Mrs Grace Jokayemi, the Kano State SHE COOPS Coordinator urged women not to be liability but asset to the society for them to make impact, saying that the NGO was out to provide them with basic empowerments.

Close to 2,000 women gathered at the venue were divided into 85 groups of 20 persons to showcase skills in the production of several items which including spices, liquid soap, purses, plantain chips and bags.