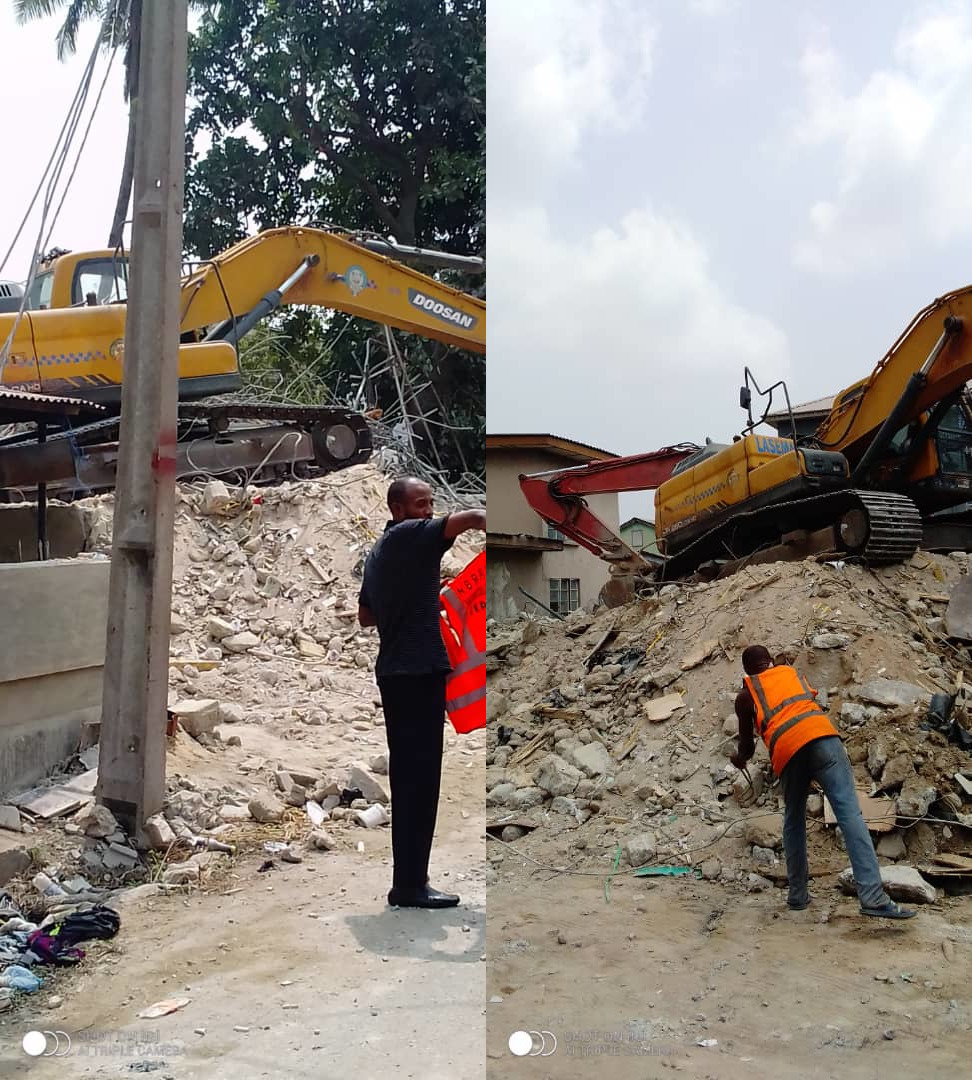 The Standard Organisation of Nigeria and the Nigerian Building and Road Research Institute (NBBRI) have visited the site of the three-storey building that collapsed on construction workers at No 16, Akanbi Street, Yaba, on Sunday evening.

The two federal agencies came separately Monday to collect samples from the heaps of iron rods and other building materials the developer and site engineer used.

The transparency of the process and findings, however, leans on red-tapism that straddles government agencies.

The SON team leader identified as Engineer Mamza told the National Daily it was from the samples the agency would identify the quality of the materials used, whether they are below standards.

He was not ready to clarify what constitute substandard and inferior building materials, though.

“I am not in any way allowed to grant any interview on issues that has not been established,” he told the newspaper as his men poke and dug about in the rubble.

While he came shy of stating how substandard the materials were just from mere looking at the ruin of the collapsed building, Mamza said the agency will make a statement after it completes its laboratory analysis of the samples.

He would not comment on the duration of analysis either, but directed enquiries to SON’s special task force chairman in the Lagos office.

An answering machine said SON’s Lagos office number is not allocated when the National Daily called further to seek the taskforce leader’s clarifications. The responder in Lagos Zone 1 office said she wasn’t aware of the team, and would not answer any question. And an e-mail enquiry sent as of the time of publishing the report was not acknowledged.

Mamza and his team were also at the site of the 21-storey building that collapsed November 1 to collect samples for a similar analysis.

The National Daily gathered that the NBRRI was there, too.

He would not respond to further clarifications

A lady responding on the phone at the NBRRRI head office Abuja said she was not aware, and would have to look for the Lagos office spokesperson.

While they parry public inquiries, and keeping their activities and finding under wraps, relevant federal agencies hasten to deploy after most building collapse incidents. But they don’t feature in the monitoring stage while construction takes off or it’s on-going.

Mamza said that is a problem because the state doesn’t bring them in at that level, and there is nothing they can do.

The two agencies visited the site separately after the LASEMA and its federal government counterpart NEMA completed the rescue operation.

No fewer than five people were brought out of the rubble dead as of Sunday.

Share this on WhatsApp
Related Topics:IkoyiLagosNBRRISONYabaYaba Collapsed building
Up Next