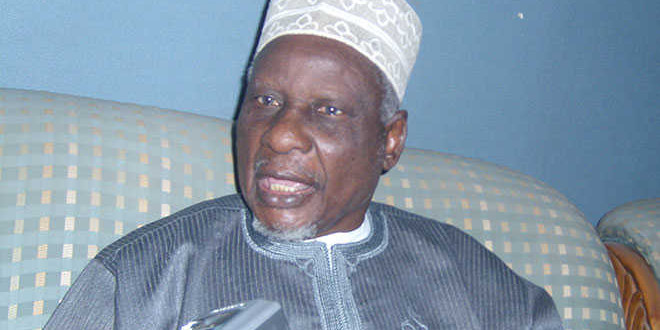 NIGERIANS will like to know if the N80 billion Calabar Lagos rail project is included in the 2016 budget recently signed into law by President Muhammadu Buhari.

An Elder Statesman, Alhaji Tanko Yakassai, Leader of the Northern Elders Council, stated this on Saturday in an interview with newsmen in Abuja.

He also expressed happiness that controversies generated by the passage of the budget had finally been resolved.

“I think everybody in the country is happy that at long last the budget has been passed and all controversies about it had been put to rest.

“However, I hope the passage will enable the country to know the position of the Calabar-Lagos railway line.

“Is it part of the signed budget or not, because there was a lot of controversy surrounding it.

“So the position of that project I believe is what everyone is anxious to know so that we can begin to anticipate its execution,” he said.

Yakassai lauded Buhari for signing the budget into law, saying that its effective implementation would reduce hardship being faced by Nigerians.

“It’s not about just passing the budget; it’s about effective implementation.

“Because it is only by effective implementation that a lot of Nigerians will be better off.

“It is my prayer that by the time the budget is implemented, the hardship that Nigerians are going through will reduce drastically,” he said.

He urged the National Assembly to take its oversight function seriously so as to make sure that the executive arm uses the appropriated funds judiciously.

The elder statesman expressed the hope that the passage of the budget will further deepen the existing harmonious relationship between the executive and the legislature.