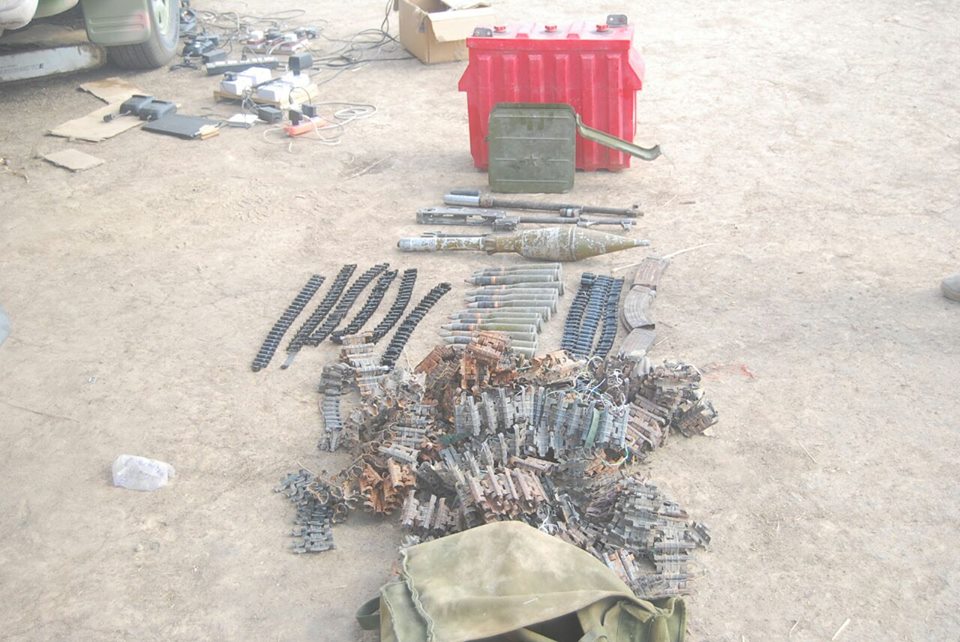 The troops of 21 Brigade, 7 Division, have continued their offensive operations against the Boko Haram terrorists still hiding in the Sambisa forest by clearing more of their camps.

It was gathered that the troops had on Sunday, 8th May 2016, cleared four villages in the terrorist’s enclave which include Bala Karege, Goske, Harda and the famous Markas 3.

In the process, it was learnt, there were no encounter with the terrorists in all the villages as they were said to have abandoned their huts and ran away before the military got there.

However, unfortunately, the troops ran into an ambush at Harda village, while advancing but successfully cleared the ambush without any casualty and proceeded on the operations.

Other items recovered included 10 vehicles and 50 motorcycles belonging to the fleeing terrorists.

In a related development, Boko Haram terrorists from another part of Sambisa Forest were reported to have taken advantage of the heavy downpour to hit back at the troops were taken out leading to the recovery of two vehicles and killing of about eight Boko Haram terrorists.

Watercress is open for business — Olaniyan