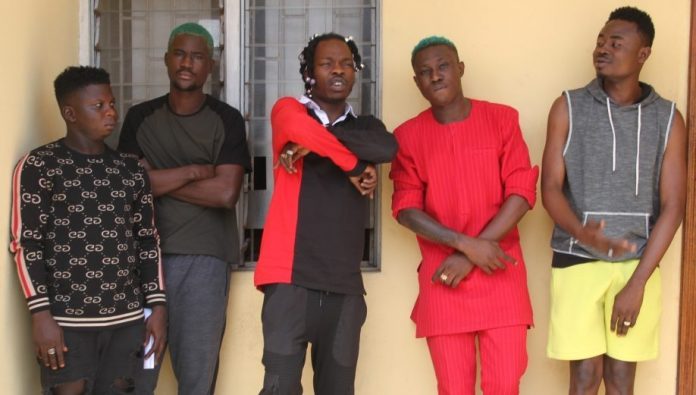 Nigerian musician, Omoniyi Raphael popularly known as Zlatan, has been freed while Afeez Fashola otherwise known as  Naira Marley is still being detained by the Economic and Financial Crimes Commission (EFCC).

It was reported that the ‘Zanku’ crooner and three others were released on Tuesday night.

The 24-year-old Zlatan launched his career in 2017. He is best known for his hit song, “My Body” and the “Shaku Shaku” dance step.

He became famous in January 2019, after he featured on Davido’s song titled ‘bum bum’. He is also known for the ‘Zanku’ dance.

ALSO READ: Why Musicians must vote for me – Sanwo-Olu

NAN reports that no official statement had been released by EFCC on reasons why Naira Marley was not released on bail at the time of this report.

The controversial singer, who was detained on May 10, repeatedly praised internet fraudsters, popularly called Yahoo boys, in his songs and on social media.