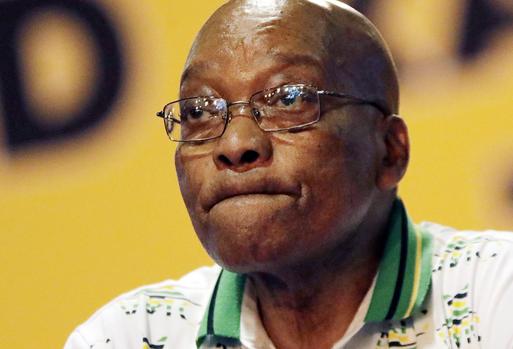 The party had asked the president to quit over corruption allegations levelled against him.

Speaking with journalists at the government house in Pretoria on Wednesday, Zuma said though he disagreed with the ANC decision, but he had decided to step aside for peace to reign.

Zuma’s deputy, Cyril Ramaphosa is expected to be sworn in.

Earlier on Wednesday, Zuma had vowed to stay till the end of his term, insisting he had done no wrong.

“I indicated to the top six (executives of the ANC) that what they have raised is not the first time. They have raised it in the NEC itself twice and nobody has ever been able to tell me what the issue is.

“The NEC themselves said that I must resign‚ and I find that very strange that I should do so because this is not the first time that they’ve said this.

“In the discussion‚ I asked‚ ‘What was the problem? Why must I be persuaded to resign? Have I done anything wrong?’ And of course the officials [must] provide what is it that I’ve done‚” he said.

“At the discussion in the NEC nobody was able to tell me what I’ve done. There’s no policy in the ANC and there’s nothing that [says] once there is a new president of the ANC‚ there must be changes. I found it in a sense very unfair to me that this issue has been raised all the time.”

Zuma came under intense pressure after Cyril Ramaphosa, a 65-year-old lawyer and one of the richest black South Africans, emerged as the leader of the party in December.