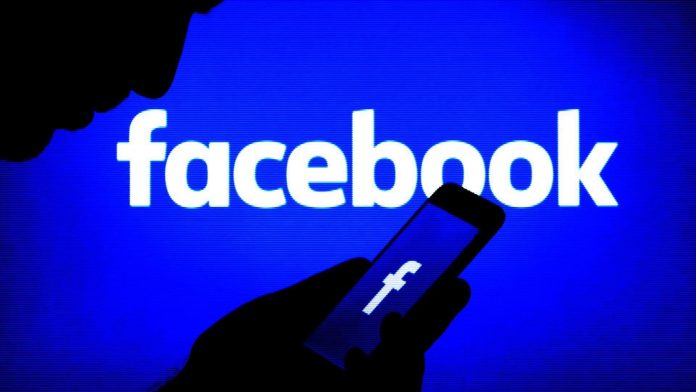 1. Enhance your pictures to the point that you are unrecognizable

Facebook was pretty much built around the idea that we can present certain compacted and idealized versions of ourselves to our acquaintances, so it makes sense that we’re always on the hunt for THE definitive self-portrait – the one that finally shows everyone just how seriously good-looking we are. But if the pictures you edit and upload could not be matched to you in a police lineup, you are over-thinking this. It’s one thing to remove red-eye and improve the lighting just a little. It’s another to turn your skin Day-Glo orange and your teeth phosphorescent. If you looked like that in real life, people would scream. Also, what if the text clichés floating above your head in profile pictures floated about your head IN REAL LIFE? Haha. Actually I would love that.

Foursquare posts are pointless. I refuse to have this argument again; it’s ruining my life. I understand that the app itself has “perks,” like hearing about deals and becoming an impotent Mayor. Whatever! But posting your restaurant/hotel whereabouts so that your sort-of-friends can see them is just WEIRD. It’s not making you look hip and social, it’s making you look manic. I have acquaintances on Facebook who use Foursquare to check into their OWN HOMES. Patriots! Stop trying to make your own personal Marauder’s Map happen. It’s NOT GOING TO HAPPEN!

Sometimes image memes are funny, which is kind of why they become memes in the first place. But image memes also have incredibly short half-lives – by the time you’ve seen the “What _____ Thinks I Do” image that applies to your area of study on a friend’s wall, the meme has lost half of its potency. It has also been converted to 16 other areas of study, each less funny than the first. And by the time you decide to re-post that meme onto your own wall, the power of the joke is down another 50%, and everyone hates you. It’s not fair, it’s Facebook. (I wanted to say, “It’s not FAIRbook, it’s Facebook,” and then I thought that was dumb.)

4. Invite all your friends to play games with you

If you do not hang out with someone in real life, or if you haven’t talked online with her/him about your shared obsession with various Facebook games, there is just no legitimate reason for you to believe that s/he would want to grow cartoon crops next to you. What a weirdly specific assumption for you to make.

5. Answer “secret questions” about your acquaintances, and post about it on their walls

I feel like I could ask this about the vast majority of these behaviors, but I’ll start here: Why don’t you get embarrassed? I am embarrassed ALL THE TIME. I feel self-conscious “liking” a good-news status of someone I don’t know that well, because what if they think I’m WEIRD? But here you are, taking a bold stance as to which feature on the face of someone you interned with three years ago you find most appealing. It’s a lose/lose scenario. That person is not going to join your app to find out, because you are a lunatic in his eyes now, but not knowing the truth will also crush him from the inside. Is it his nose? His jaw? His nights are spent awake, touching his face. Wondering.

6. Friend request people who have previously defriended you

I repeat: HAVE YOU NO SHAME? Look, if you are pretty certain that you used to be Facebook friends with someone, and you go to check on his/her profile only to find that you are no longer friends with that person, you have been defriended. I’m sorry. It happens to all of us. But now is the time to accept your loss and move on. There is no “bargaining” stage allowed in the Facebook Defriending Grief Cycle. There is only 1) Confusion, 2) Mild Outrage, 3) Self-Aggrandizement (“it’s HER LOSS!”), and 4) Acceptance. It’s done. Don’t beg to be let back in. It is, frankly, grotesque.

7. Repeatedly change your relationship status back and forth between “It’s Complicated” and “Single” and “In a Relationship,” while clearly referring to the same person

Actually, you can do this if you are under 15 and/or you want everything to just THINK that you are under 15. There is a reason that Facebook doesn’t provide us the options “So-and-so is in a morally questionable thing with a much older coworker right now” or “So-and-so sleeps with Other So-and-so, but only when they’re both really sad.” It’s too much information for most of the people you’re Facebook friends with! Private relationship troubles are best kept personal – or at least confined to frantic, daily G-chats with as many friends as will listen.

Having to change one’s relationship status to “Single” (or nothing at all) after breaking up with a boyfriend or girlfriend has to be among the top ten most dreaded consequences of a break-up. It lets more people know about your break-up than you would probably like. It also gives socially clueless weirdos a place to publicly comment “omg what happened,” providing the newly single person with a uniquely unpleasant blend of irritation and humiliation. Well-meaning weirdos of the world: if you have genuine empathy to share with your friend, for god’s sake, do it privately. Otherwise, you just come off like an insensitive gossip hound.

9. Create an account for your newborn infant and write a full profile and status updates for it

Nobody loves you enough to deal with this. Related: Everyone has every right to post pictures of whatever they want on Facebook, whenever they want, so long as it’s legal. BUT. The enthusiasm most people can summon for your baby has a direct inverse relationship to the number of pictures you post of it on a daily basis. Babies just don’t do that much, you know? They’re practically useless citizens. There is just not enough activity going on there to merit a day-to-day progress update. A flurry of pictures at the beginning: normal. After that, there should maybe be a once-a-week new picture limit. Unless it starts doing something really amazing, like glowing in the dark.

What’s next, sharing a bank account and a home? Fusing your DNA strands with your spouse’s DNA strands and creating new human beings? Do you people have to do EVERYTHING together? No, look: if you love each other so much that you no longer see the point in having your own Facebook accounts where you can keep in touch with your presumably somewhat separate networks, you love each other too much for other humans to handle. That’s it. You probably shouldn’t even have ONE Facebook. You should be living in a heart-shaped tree house, whispering sweet nothings to each other (and to the woodland creatures that make your clothes) 24 hours a day.

11. Tag all your friends in everything you ever do

If you are your group’s designated photo-taker, it’s also your job to tag. Mostly we thank you for that, but also? Don’t go crazy! You know by now that like six of your friends will untag that mess as soon as you put it up, so don’t bother! Similarly: don’t tag your friends in statuses or posts just to drag them over for extra attention, if they’re not the type of people to comment on your stuff anyway. This is not a “if the mountain won’t come to Mohammed” -type situation. Leave your mountains alone! Stop trying to move them all the time! People will get invested in your statuses when they want to. Mountains gonna … mount. You know?