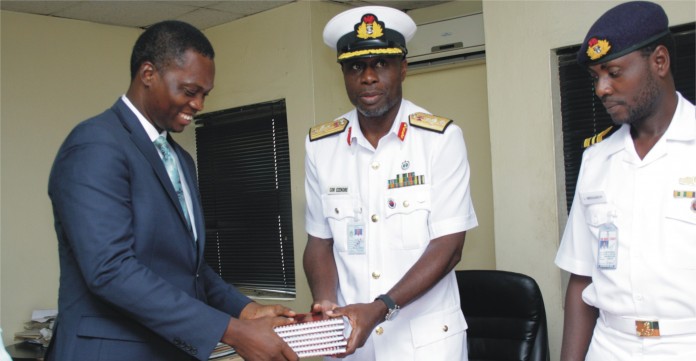 THE need to garner media support for its operations especially in the fight against pirates and other maritime illegalities necessitated a visit by the new Director. Naval Information, (DINFO), Commodore Chris Ezekobe, to the cooperate Headquarters of the National Daily newspapers in Lagos.

Unveiling its strategic plans to create a robust media relationship and to further deepen existing bond with media organisations, he said soon after he was appointed as the DINFO, he immediately put up an action plan on how to move the Directorate forward leveraging on key objective of engaging the media.

Cmdre Ezekobe observed that the navy is saddled with huge challenges often operating in difficulty terrains with enormous rivers and creeks. He pointed out that the Niger Delta is made up of over 6, 000 rivers, creeks which makes it difficult to police the space.

He said, in view of the multiplicity of problems, the Chief of Naval Staff, (CNS) Vice Admiral Ette-Ibok Ibas recently acquired 30 locally manufactured boats with 50 more expected to be launched at the end of May. This is geared towards “saturating the Niger Delta and hurt the malfeasance that is taken place there.”

“The CNS has also instituted a Choke-Point regime to serve as a base in major junction in the Niger Delta rivers to limit crude oil theft, pipeline vandalism, illegal bunkery with a view to stifling the movement of their loots to major vessels stationed offshore.

To enhance swifter effectiveness in tackling the pirates, he added that the CNS has also “directed all operational commands to deployed, at least, one capital ship at sea every day and this has effectively increased our presence at sea and improved the level of operational activities of the navy.

“In terms of capacity building, we are currently engaged in Exercise Obangame jeered at increasing its operation with the sub-regional navies, under the US AFRICOM. It starts in Senegal and would terminate in Cameroun. We have also improved on our surveillance systems; increased the number of satellite stations along our coast with most of them having radar coverage of up to 25-35 nautical miles. Our territorial waters are covered by the surveillance system.”

“However, with the support from the office of the National Security Adviser (NSA) in funding a project for the navy: Falcon Eye, when completed would be able to see beyond 200 nautical miles as it is deploying high frequency radar to see beyond our Exclusive Economic Zone.

Adumbrating the success in its test stage, the FALCOM eye was very instrumental to the rescue of MT Maximus from sea pirates captured of the coast of Abidjan.

The DINFO further added that the Nigerian Navy is fully involved in the war against insurgents in the North-East even though on very silent platform. According to him, “We are also engaged in the North East though silently with Special Forces that are like the American Seals to carry out specific mission – get involved in the theatre and execute their mission.

Cmdre Ezekobe reiterated the commitment of the navy to increase its fleets pointed out that the second Seaward Defence Boat being built at the Naval Dockyard would be commissioned during the 60th anniversary of the force.

Underscoring the significance of the visit, he added that “the navy need to partner with the media to bring our engagement and activities to the general public. We also need some level of advocacy in terms of letting Nigerians know the consequences of the crimes being committed in our maritime space and the Niger Delta considering that about 70-80 % of our national wealth is derived from maritime sector.

“We need to police this environment; to better secure it and partner with other maritime security agencies, the media and all stakeholders in general. We are here to solicit your support along these lines and moving forward, we would develop a fruitful partnership, he explained.

Responding, the CEO/Editor-in-Chief, National Daily Newspaper and National Standard Magazine, Mr. Sylvester Ebhodaghe, commended the leadership of the Nigerian Navy for its bold steps in reaching out to the media. He observed that such rapport would help in not only repositioning the service but also guarantees that the responsibility to ensure security and safety of the maritime industry receives needed support of the media.

“I commend your efforts and sense of openness and humility because you have not taken any media for granted. You have decided to carry everyone along and it is my hope that the needed support that you seek, will be given to you.

“Although our experience in the past was more of a confrontational one, this is however a friendly one that is of mutual benefit to all of us. We are happy to have you visit National Daily.
Mr Ebhodaghe, however, called on the Navy to initiate a Navy Community Relations Committee (NCRC) with the people of the Niger Delta so that the people can stop looking at the relationship between them and the Service as “Us versus Them.”

Explaining further, he said it was necessary to have the NCRC as “guns and boats and war ships may not be sufficient to give you the desired results. You have a responsibility to initiate a programme that will engage the community and that will help them to begin to see you as their own, and by this you will achieve more rather than facing them with the guns and other weapons.

“Engage the community, their leaders and other critical stakeholders in those communities and they will begin to see themselves as part of you. The intelligence you need to fight this war cannot come from Abuja or anywhere else, you need it from the people – they live in the creeks and know the activities that take place in those creeks.

He saluted the courage of the Navy to embrace the acquisition of locally manufactured boats noting that such practice would serve as a major boost to our economy.

He also expressed concern about the NNS ARADU, Nigeria flagship War Ship; adding that it remains one of the most potent war ships ever deployed on the continent of Africa. “We don’t know what is happening to her. For you to achieve your set target, and if 70-80% of revenue is from the oil and gas and maritime sectors of which you have a responsibility to secure the maritime domain, the NN must do everything possible to bring NNS ARADU back to its optimal capacity.”

On accommodation of naval personnel, Mr Ebhodaghe pleaded with the CNS to provide decent accommodation for officers and ratings reiterating that “You are always talking about the sea but these officers that make this happen cannot live in the ship with their wives and their husbands. When they leave the ship, they need to live in decent homes.”

He urged the Federal Government to support the NN stressing that a huge task has been bestowed on them, and they need all the tools to secure the over 6000 rivers in the Niger Delta waterways; check the activities of illegal bunkers; Niger Delta militants, and by extension, the advent of sundry global terrorist activities, these are enough to reinforce our defence strategies.

“We would ensure that your activities are well publicized through our medium; we would work with you to ensure that Nigerians appreciate what you do and also to put in proper perspective the activities of hoodlums in that region. 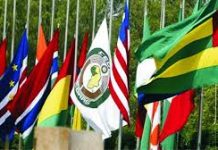 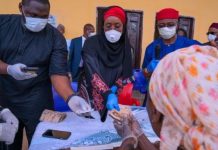 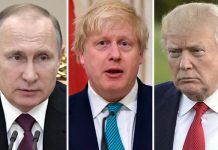