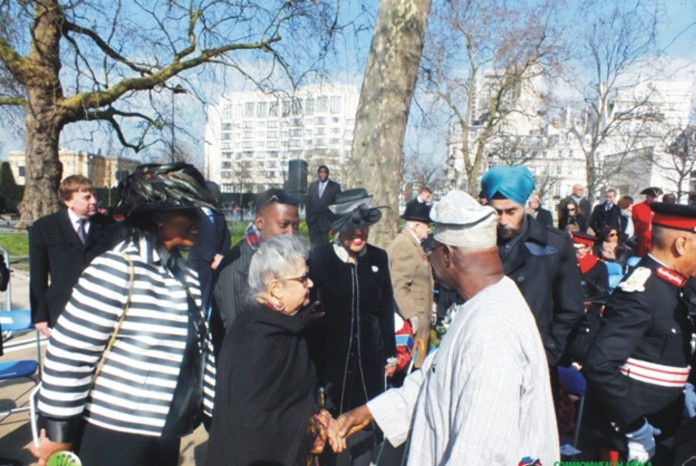 Former President of Nigeria, Chief Olusegun Obasanjo has said that Africa is not an unmitigated failure as being bandied around by developed countries, adding that there are good things worthy of emulating in Africa.

Speaking on the theme: “Leveraging our shared Heritage – What Africans can learn from their developed Commonwealth counterpart”, Obasanjo said “I want to correct the impression that it’s only we (Africans) that can learn from other people and others don’t have anything to learn from us. There is a lot the west can learn from Africa”.

“Let nobody confuse you with this word globalisation, for me I don’t take it, if Globalisation means you ask me to open my door and you close your door against me and you want to take everything in my own house to yourself then to hell with globalisation.”

He said Africans should remember that nobody will do anything for them unless they do it for themselves. “Our greatest asset is our people. Let us train and educate” Obasanjo added.

In his remark, the Summit Coordinator Mr Dayo Israel said “Africa has come of age and it’s not enough to belong to the Commonwealth, we must benefit from the Common wealth. We must be able to leverage on our shared heritage when it comes to Immigration, Trade, Youth Development and Security. We must make the commonwealth more relevant to the ordinary African people”.

Dr. Caroline Harper while speaking at the Summit at the prestigious Tag Hotel in Victoria said “We must leave no one behind in the Commonwealth and as the SDG says, we must reach the farthest behind first”.

The Queen’s annual Commonwealth Day message formed part of the event’s programme at Westminster Abbey and in it she wrote: “Today, and in the year ahead, the theme An Inclusive Commonwealth is an inspiration for us all. Let us give it practical effect by supporting those in need and those who feel excluded in all walks of life. By doing so, we will continue to build a truly representative Commonwealth community.”