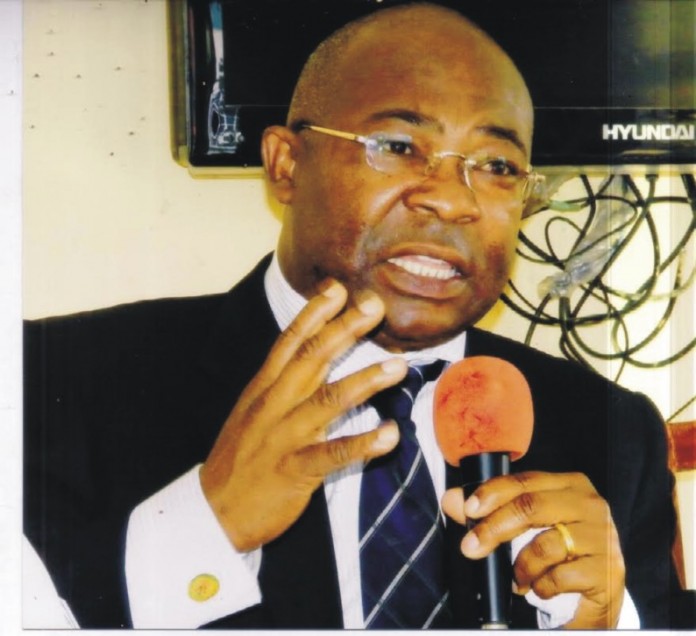 Ambassador Desmond Akawo, Sole Administrator, GPHC Development Authority, in this interview with NWADIKE UGOCHUKWU in Port Harcourt, narrates how he began his political career from the era of military regime into the current democratic dispensation.

HOW did you start your career to get to where you are today?
I started my job in First Aluminum in 1988; I rose to the position of Commercial Manager of the First Aluminum group in 10 years. Then, I left First Aluminum in 1999 at the turn of the democratic era. But during the military regime, I was appointed Commissioner for Water Resources and Rural Development in Rivers State. I was the first Commissioner for Water Resources and Rural Development but I continued with Group Captain Sam Ewang as Commissioner for Water Resources and Rural Development. Immediately the democratic system came into play, Dr. Peter Odili was gracious enough, after giving me an assignment to carry out in water restoration; I was nominated as the Managing Director of Niger Delta Basin Development Authority. I served there for four years before I moved to Nigeria Ports Authority (NPA) where I headed the engineering department as deputy director. I left NPA to become the Minister of State for the Federal Capital territory (FCT) with Malam Nasir El-Rufai, as substantive minister. I did that assignment for a year and six months before the government considered me good to serve the country in Seoul, South Korea, where I spent eight years as Nigeria’s ambassador to South Korea. I was able to serve our country and met with people that ordinarily, it would have been difficult for me to meet. But those eight years were really good privilege for me because quite a lot was gathered. I became the dean of African Ambassadors in South Korea. I served as dean for two years before Barrister Nyesom Wike invited me to work as the Director General of his campaign organization. So, I traversed the 4442 units of Rivers State with him to campaign to win the election. After that, I was appointed the administrator of the Greater Port Harcourt City Development Authority. We have been very slow in our activities because of the distractions we had aExploits of merchants of violence in Riversll these months. But we are about to take off in Greater Port Harcourt City Authority.

What were your experiences like?
At my desk as Minister of State, one of the major functions I performed was that I was in charge of satellite town development authority. I raised the memo about Kubwa; I raised the memo about Karichi infrastructure. So, I was mainly in satellite development while in FCT. So, I was not in demolition. Many people might not t have heard my name so much; it was on the basis of that, I raised a memo to the then Governor of Rivers State, Barrister Celestine Omehia, on the Greater Port Harcourt City Development Authority & Rivers State Satellite Town Development Authority. On that same memo when Governor Rotimi Amaechi came on board, Tele Ikuru met me, telling he had the document I gave to Omehia, that they want to implement that same programme; that I should make available the same document and I gave them. Of course, I never knew I will come back to the same place.

ALSO SEE: Exploits of merchants of violence in Rivers

What is the concept?
We have always had this one city development. Rivers State is like a one city state and it is not fair. We used to be called Garden city, as at then, of course, the population we have today, we have outgrown that population. What we consider as Rivers State, we should no longer regard it as Port Harcourt because if we get to Degema today, you discover that Degema was a consulate in the British era. So, if we have built on what was left of Degema; it would have been completely a different place than what it is today.
So, the concept was to change Rivers State from the status of one city state to a state that has other satellite towns that you can work, play and live. That is the background of the concept. So Greater Port Harcourt is a journey of a million miles that starts with a step.
The beauty of Port Harcourt, we should expand the city of Port Harcourt so there will be new development coming on. So the Greater Port Harcourt is anchored on: – the International Airport, the old City and the ONNE Seaport. It will be good for the current old city to be decongested. That is the first approach. The second approach which you will have maybe in the next few months is that other cities like Isiokpo, Oyigbo, Degema as well as a place like Eleme, should develop on their own.
So for the phase 1 of what we are doing in the Greater Port Harcourt, the whole of Eleme area is considered a heavy industrial zone. In phase 1 of the Greater Port Harcourt, a master plan has already been drawn on Greater Port Harcourt, reflecting industrial area, residential, heavy residential and low density residential area.
A new terminal is being constructed by a Chinese firm. When that is done, in fact people like DHL are already showing interest in that light industrial area. Within that phase 1, we are now creating what is called phase 1 A to be able to do what we can handle at this point in time. But to contain this tripod – the International Airport, the old city and ONNE seaport, the Greater Port Harcourt started 10- lane road called M-10, a 10-lane road between the international airport and the ONNE seaport; it will get to Ikwerre road up to where you have the new Salvation Ministry. There is supposed to be an interchange. It’s 10-15km. We are almost at 60% of that job. We have a 10-lane road from the airport to the Onne seaport, transversing the old city. It will not take you more than 10 minutes to get to the airport when completed.
Opposite the international airport, there is an 18-hole golf course going on. Nine holes are ready done and we are not doing it as Greater Port Harcourt, we are doing it in partnership with ARM- of the Primary Mortgage Institutions. They are business men, they are driving the process and we are sure that will be realized.
Of course, the stadium is built and other facilities that are going to come up. In that area of phase 1, the water scheme is already completed; the power scheme is also completed. The power scheme is even linked to the Rivers State power scheme through the Obiri Ikwerre axis and linked to the national grid through international airport end. So, it will be that within that facility we will be able to have regular power supply. The water reticulation is ongoing now and we have entered into a relationship with some companies to start developing houses. But because of delay we had due to the political disagreements, everybody had been sitting on the fence; let’s see whether these people are going to sit for four years or not. After the Supreme Court judgment, people are now coming boldly and we can now take off.
In order to support the Ministry of Urban Development that is today handling the issue of development of Port Harcourt, our assignment is to decongest the old city and what have we done