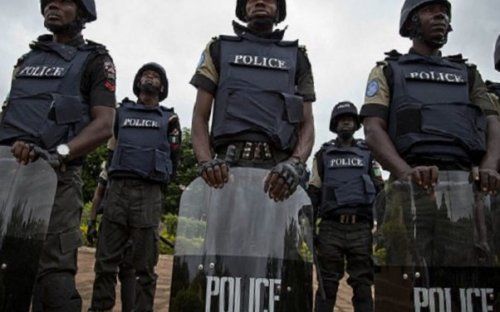 The Kogi State Police Command said it had foiled an attempt to kidnap a member of the State House of Assembly, Hon. Moses Ododo.
According to a statement by the state police command, two members of the kidnap gang were arrested on July 24 in the process of collecting N3 million ransom from the lawmaker.
The spokesman of the command, William Aya, said the lawmaker reported to the police that some people had been threatening him on his phone to give them N3 million or risk being kidnapped.
He was advised to play along with the kidnappers.
Unfortunately for them as they arrived at the agreed time and spot at Omadeni village in Dekina Local Government Area and the kidnappers were about picking up the N3 million ransom, a detachment from the Special Anti-Robbery Squad arrested them.
Ododo is the member representing Dekina/Biraidu Constituency in the state House of Assembly.
ALSO SEE: Police arrest 31-year old man in Lagos for kidnapping a 6-month-old baby
Aya said operatives attached to Special Anti-Robbery Squad promptly swung into action by accompany the complainant to the agreed point where money will be dropped.
The statement said that two members of the kidnap gang Omeje Shehu and Mohammed Jibril were arrested while others fled into the bush one locally made single barrel pistol, one live cartridge and 13 cowries were recovered from the gang. We are making effort to track down the fleeing suspects.
In another development one suspected burglar Abdullahi Bello was arrested in connection with a case of house burgling.
His arrest followed a tip off that the suspect with others now at large on July 16 broke into the houses of Emmanuel Baba and Onimi Reuben at Zango-Daji area of Lokoja and carted away some items.
Items allegedly carted away by Bello and his colleagues include a 42-inch Plasma Samsung Television valued at N40,000 one 32-inch LG Plasma Television valued at N37,000, two plasma TV sets and N71,000 cash.
He further stated that men of the A Police Division in Lokoja on July 23, intercepted and arrested Abdulkadir Abdulramat, Angulu Adulwajid and Oluwale Samson, all members of a syndicate that specialised in snatching of motorcycles.
The suspects are residents of the Felele area of Lokoja were all arrested while in possession of two stolen motorcycles, two hammers and dangerous weapons.
All the suspects will be charged to court as soon as investigations were concluded.
PV: 0