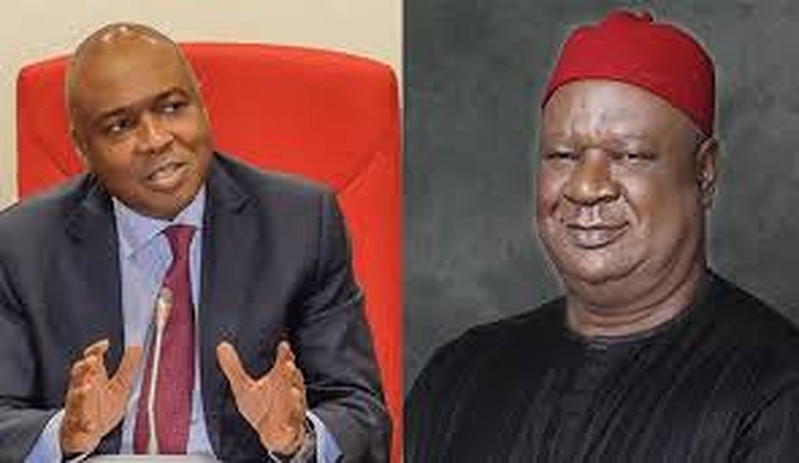 The News Agency of Nigeria reports that Saraki addressed the Oyo state delegates at the party secretariat, Molete, Ibadan while Anyim met all the Southwest delegates at the State Government House, Agodi Ibadan.

Saraki said that Nigeria is in its defining moment and needs a president that has knowledge on all issues.

The former senate president said that his experience in the private sector and having served in government at both executive and legislative arms made him the best candidate that Nigerians need at this moment for president.

He solicited delegates support during the forthcoming party primary to fly the party flag during the 2023 presidential election.

Saraki promised to lead the country in the right direction if he eventually wins the presidential election.

Anyim, while addressing the delegates from Ondo, Osun, Ekiti Ogun, Lagos and Oyo states, asserted that Nigeria today was in search of nationhood and conscience.

He said that it was for these two reasons that he offered himself to lead the nation’s rebuilding.

Anyim, also a former Senate President and former Secretary to the Government of the Federation, said his experiences from the positions he had held in the past placed him way above other aspirants.

“I can assure you that I understand where the problems of the country are and know exactly what the solutions should be,” he said.

The former senate president urged the Southwest PDP delegates to trust him with their votes, stressing that he’s the best nation’s builder that Nigerians need.

In his remarks at the separate events, Gov. Seyi Makinde, noted that PDP was blessed with good presidential materials that could lead the country.

The governor said the forthcoming PDP convention was an avenue for the party to take a serious decision for itself and the country and he was confident that the party would get it right.

Makinde, at the separate occasions, wished the aspirants good luck in their respective aspirations to get the party’s ticket.

Share this on WhatsApp
Related Topics:2023 electionsADDRESSAnyimchallengesnationOyo delegatesPromiseSarakiSouthwestwoo
Up Next