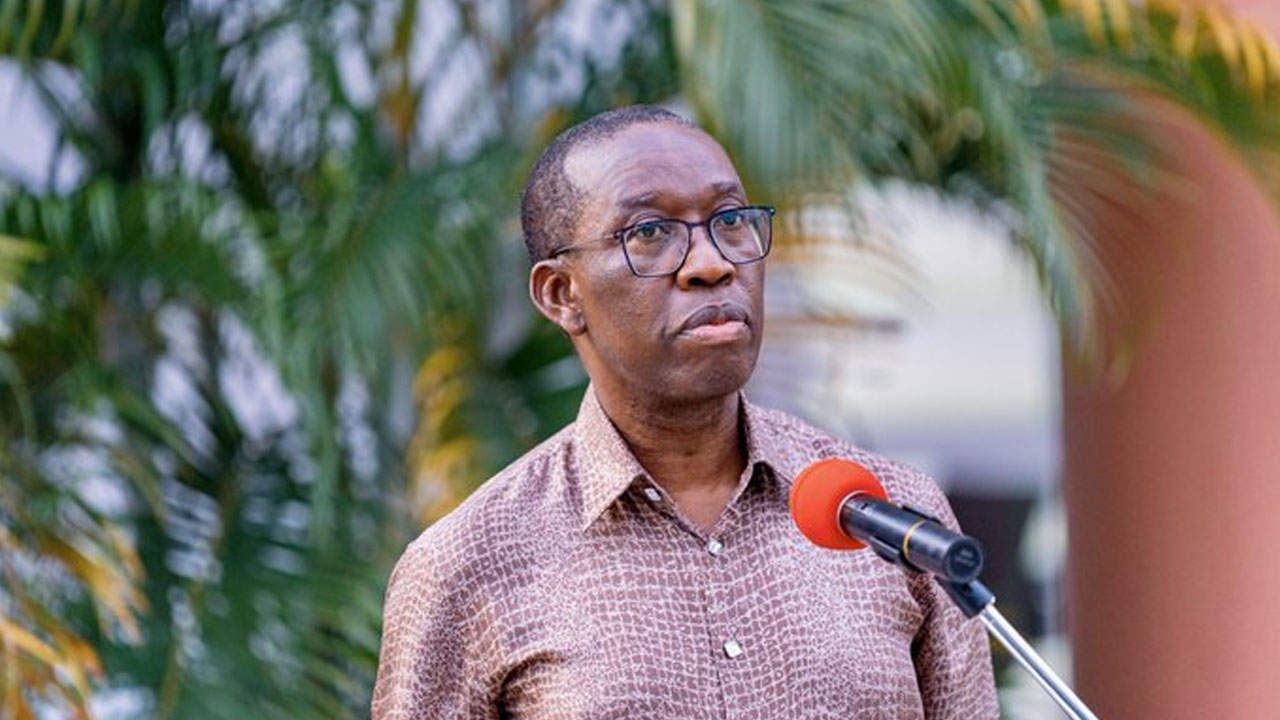 Gov. Ifeanyi Okowa of Delta says he is committed to allowing God’s will to prevail on the choice of who will succeed him in 2023.

The governor said that he was not willing to lord himself on the people but would rather allow the will of God to provide the people with a worthy successor as governor.

He commended the church and other leaders for their prayers and support, and urged them to pray that God should provide the state with a worthy person that would succeed him as a governor.

“The choice of a successor is not by wish of man but by the will of God.

“I thank the Church and our leaders for their consistent prayers for our dear state because it is not about us, but about what God wants.

“So, pray that whoever God wants will be the governor and may that person emerge as governor for the good of the people of Delta.

“May God’s will be done in Delta State and may it be well with us in Nigeria,” he said.

Okowa congratulated the celebrator for attaining the Biblical three scores and 10 and urged him to rededicate his life to the service of God and humanity.

“God is the source of life and therefore, we must return all thanks to Him and that is what you have done today.

“I knew Chief Adams way back in 1991 when we were council chairmen; he was in the NRC and I was in the SDP and we became friends since then.

“I thank God that today also he continued to remember the things that God had enabled him to do.

Earlier in his sermon, Bishop of Oleh Diocese (Anglican Communion), Rt. Rev’d John Aruakpor, congratulated Adams for using his positions to attract development to his people.

The bishop said that every celebration was a day to look back and give thanks to God for His grace upon our lives.

He added that the grace of God had helped the celebrant all through his life.

Speaking on the topic: “The value of man’s life”, Aruakpor said that a man’s worth did not consist in the abundance of his possessions but by the value of service he rendered to others.

According to him, God does not measure man’s worth by the number of years lived but by how much impact we made on the lives of others.

“When the Lord places man in a position of authority, it is not for the person in particular but to better the lots of others.

“If you want to have value in the sight of God, put God first, obey His ways and He will not disappoint you,” the clergy said.

On his part, the celebrator said he was not thanking God because he was 70 but because of His blessings upon his life and family.

“I am not just thanking God because I am 70, but because of what God did for me last year.

“Last year, I was diagnosed with prostrate cancer which was supposed to be a death sentence but the Lord healed me after an operation in a United States hospital.

“I must thank God for our dear Governor, Sen. Ifeanyi Okowa and my amiable king, His Majesty Ogiame Atuwatse III, for their support towards the surgery,” Adams said.

Share this on WhatsApp
Related Topics:2023 electionsdelta stateOkowasuccessor
Up Next

Newly-married filmmaker, Kemi Adetiba, has shared the motive behind her exaggerated headgear, popularly called ‘gele’ at her wedding