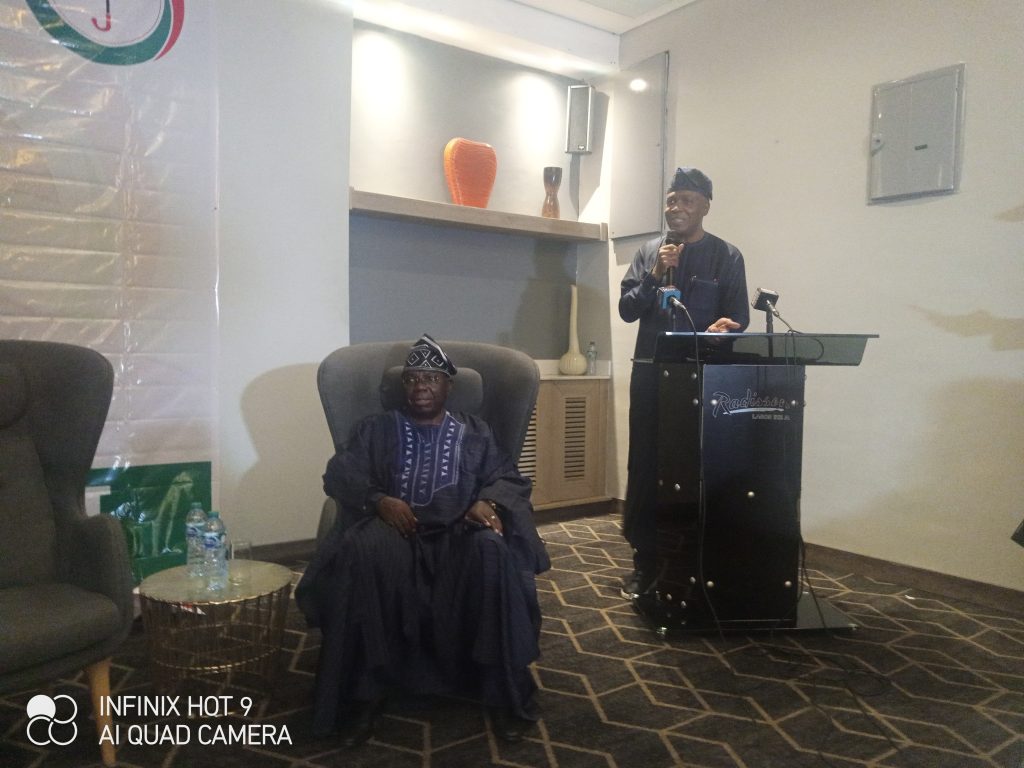 A former Senate President, Dr Bukola Saraki, on Monday evening wooed Lagos State PDP delegates for their votes, ahead of the May 28 and May 29 presidential primary election of the party.

Saraki, who along with team, met with PDP leaders at Ikeja, said that if elected as the next president, Lagos State would be given a special attention as an investment destination in the country.

The former governor of Kwara said that Nigeria needed a president with action and courage to stand and take some very bold decisions to reposition the nation.

Saraki said: “Please, let me appeal to you, I am your own. Let us work together to ensure that we win at the federal and win at the state.

“There is nobody among all the aspirants that has the same history and closeness to Lagos State as myself. Do not leave your own to go look for someone outside.

“Together we can make this country better. My interest will be your interest. I want to appeal, don’t share your delegate votes, this is my own state. I beg you.”

On the calls for “special status” for Lagos, Saraki, who described such status as a special priority, said that state would have special attention in the scheme of things if is elected.

He urged the delegates not to be deceived with any gratification, saying leadership that would make Nigeria better should be uppermost.

According to him, Nigeria needs a president that has the capacity, knowledge and experience to unite the people, and that he is a best bridge between the North and the South.

He said that he had the capacity to reconcile people like he did when he led PDP Reconciliatory Committee which brought peace to some state chapters of the party which were bedevilled with crises.

Saraki, who noted that none of the presidential aspirants either in PDP and APC had his kind of experience as a former two-term governor, Chairman, Governors’ Forum, Senate President, said he had the experience to provide leadership that the nation needed.

Describing himself as a team player, Saraki said that as senate president he shared powers with his colleagues who had confidence in him.

He promised to work on security, youth unemployment and economy, adding that efforts would be made to standardise the nation’s ports and build more.

“I have shown that I can stand for what I believe in. I do not run from challenges, I face them. I am a solution provider. Every office that I have occupied, I have left it better than I met it.

“I believe that given your support and I become president of Nigeria, I will leave Nigeria better than I meet it. I will become a chief marketing officer to sell Nigeria,” he added.

The aspirant, who noted that youths and women would play key roles in his administration, recalled that as a former governor he ensured that every local government vice chairman was a women while one third of the assembly seats were occupied by women.

He promised that within 48 months of the inauguration of his administration, efforts would be made to increase the nation’s revenue through diversification, stoppage of fuel subsidy and borrowing for consumables.

On zoning of the presidency, Saraki said that zoning was not the answer to Nigeria’s present situation, but leadership.

Alhaji Abdulrahman Owokoniran, PDP Zonal Secretary, South West, who noted that he was impressed by Saraki’s speech, urged Lagos State delegates to unite and support Saraki to help the PDP to win the state.

According to him, in term of the economy, private sector, and others, Saraki has the capacity, youthfulness, experience and courage to rescue Nigeria.

The News Agency of Nigeria reports the meeting was attended by Lagos PDP state and local government executives committees, some PDP zonal leaders, governorship aspirants and other leaders.

Saraki had earlier visited the state and had a closed-door meeting with a former PDP Deputy National Chairman, Chief Bode George.

Share this on WhatsApp
Related Topics:2023 electionsdelegatesLagospledgesSarakispecial statuswoos
Up Next