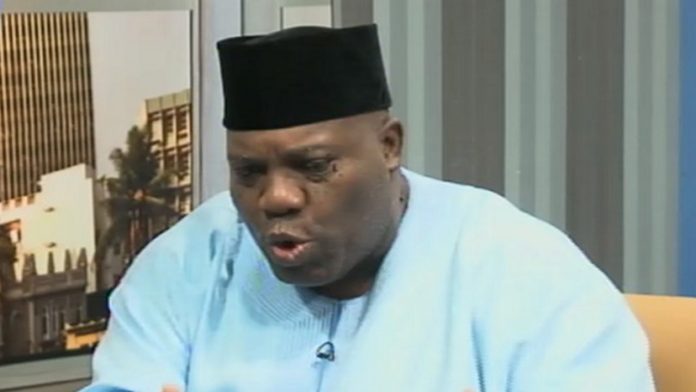 With the opposition People Democratic Party scheming to field a candidate of northern origin in the 2023 elections, a

A former presidential spokesman, Doyin Okupe has warned against the Peoples Democratic Party fielding a candidate from the North if the party intends to win the 2023 presidential election.

Okupe made this call on Saturday during a media briefing in Abuja.

According to the Ogun State politician, the issue of zoning within the PDP ranks is not up for discussion but some stakeholders are working to ensure the emergence of a Northern candidate for the 2023 elections.

Okupe explained that this has led to a mass defection from the party by a lot of disgruntled politicians.

“The gale of defections in the Peoples Democratic Party has nothing to do with any form of crisis. It is just part of happenings when a general election is approaching.

“Those who have defected have personal issues with party leadership, especially on the zoning arrangement.

“However, there is a strong indication that the party is erroneously tilting towards zoning the presidency to the North.

“Zoning is a veritable instrument that ensures equity and balancing in the nation, gives hope and confidence and support to our national unity.

“The zoning arrangement which the PDP started since 1998 was based on the assumption that the party will be in power consistently but the moment it lost power in 2015, automatically the arrangement has to be reviewed in view of the development

“When the PDP lost power, there was a southern president in power. If the party didn’t lose power and completed in 2019, zoning would kick in and power would have shifted to the North.

“However, the party that won the election presented a northern candidate who by 2023 would have ruled for eight years.

“We still carried on as if the former arrangement was still in place in 2019 and it was justifiable because within the PDP at that time for us to put forward a northern candidate.

“In 2023, with APC having ruled for eight years with a northern candidate, it will be preposterous, unjust, uncaring and blatant for the PDP to zone the presidential ticket to the north because the arrangement expired the moment our party lost power in 2019.