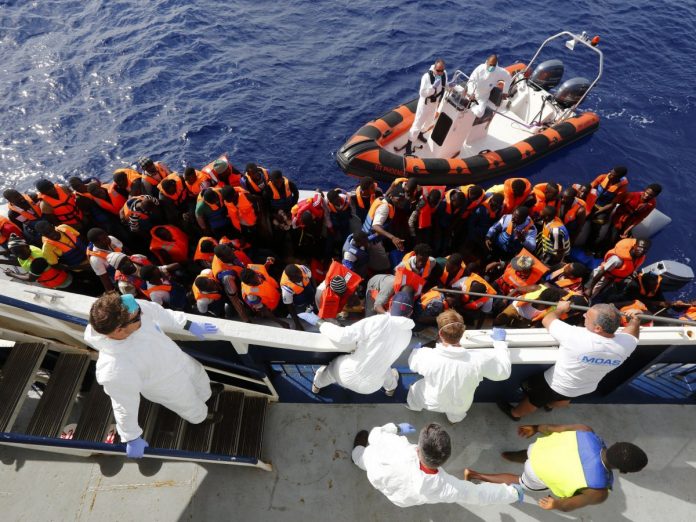 About 4,900 Nigerians are said to have died while trying to cross the Mediterranean sea to Europe in 2017 alone, Nigeria Immigration Service has said.

NIS Assistant Comptroller-General, in charge of training, manpower and development, Maroof Giwa, disclosed this in Ilorin, the Kwara State capital on Friday on the sidelines of a training on ‘trafficking in persons/smuggling of migrants at various borders,’ organised by the NIS.

“This year alone, 4,900 Nigerians died on the Mediterranean route to Europe. There are countless others who died on their way through the deserts; we have even lost count. Many more perished on that route.”

“Apart from that, a lot of people are profiting from the venture. Last week, about 4,000 Nigerians were deported from Libya. Those ones were intercepted when they were about to enter the Mediterranean Sea.”

According to Abimbola-Ojo, victims trafficking are often forced to go through inhuman and dehumanising conditions devoid of adequate health care.

She said some of them ended up contacting infections and dying in the process while some ladies were sexually abused and died from health complications arising from moves to abort unwanted pregnancies.

She, therefore, pleaded with parents and guardians to dissuade their children and wards from embarking on illegal migration.

In his reaction, NIS Public Relations Officer, Sunday James, said the agency had been discouraging Nigerians without cogent reasons from travelling abroad.

James noted that a huge number of those applying for the national passport had no compelling reason for leaving the country. He also explained that the service would soon deploy three surveillance helicopters to track down citizens using illegal routes to leave the country.

ALSO SEE: Read what happened to these Nigerian boys and mum on Mediterranean

He said, “Some of the people embarking on illegal migration often use routes that are not officially recognised by the service. But as part of measures to discourage this, we are overhauling our surveillance aircraft which would be deployed around the borders to track down and stop these individuals from travelling abroad illegally.”

The President, Committee for the Defence of Human Rights, Malachy Ugwummadu, who expressed sadness over the matter, blamed it on poverty and bad governance.

He noted that apart from those who die in the process of fleeing the country, Nigerian migrants are also targeted for persecution and execution in foreign lands.

CDHR, therefore, called on the “government to rise to the occasion and tackle the social and economic conditions that created the desperation of the Nigerian people to seek better lives outside the shores of this country.”