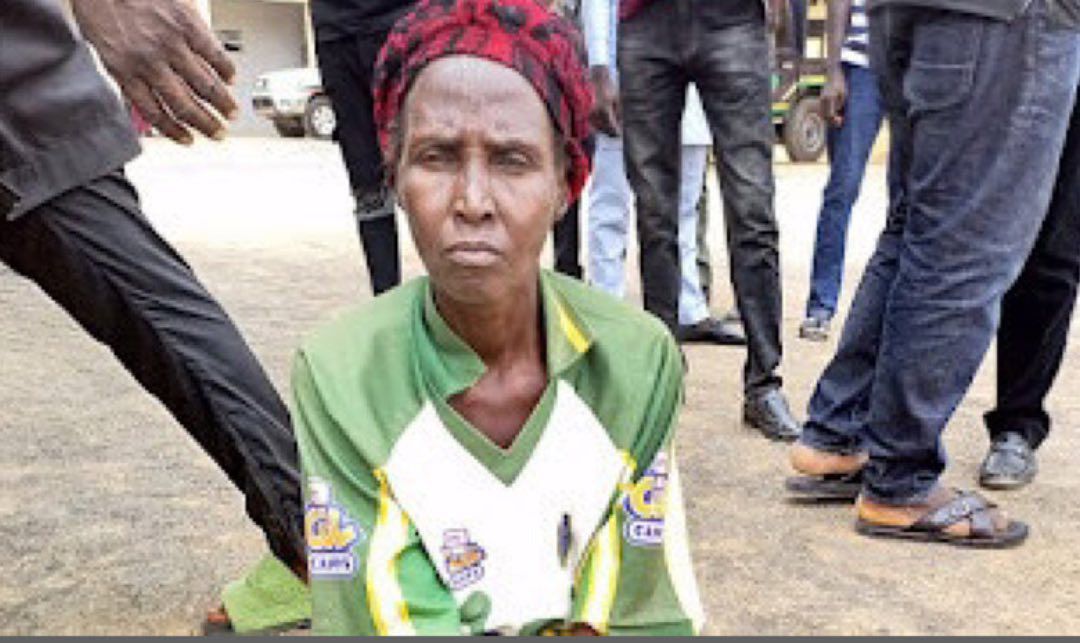 Hajaratu Sini, a 58-year-old housewife, has been nabbed by police operatives in Adamawa State for allegedly killing her husband’s sidechic in Kwada Drambi area of the state.

It was gathered that the suspect used a stick to beat the deceased to desth on July 31, 2022 after she caught her in bed with her husband of over 40 years.

While parading the suspect in Yola on Tuesday, August 9, the Commissioner of Police, S.K. Akande, said Hajaratu’s husband was secretly dating the deceased, who is a widow.

Adding that on the fateful day, the mother of two stormed the widow’s house to confront them but on sighting her, her husband took to his heels.