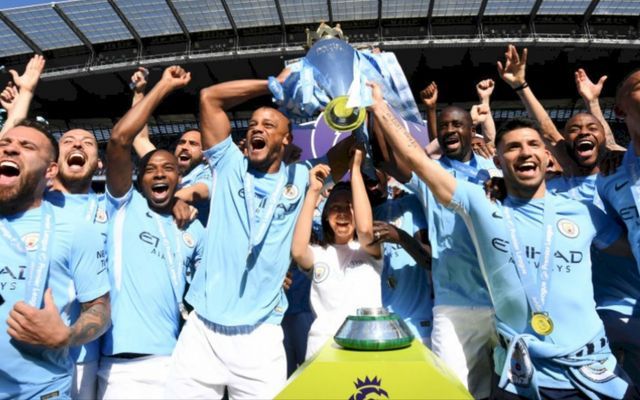 Goal takes a look at the biggest transfer news and rumours from the Premier League, La Liga, Serie A and beyond:

Manchester United are prepared to battle Barcelona to land £60 million ($79.7m) Chelsea winger Willian, according to the Sun .

Jose Mourinho, who coached Willian at Chelsea, thinks the Brazil winger could provide the spark in attack lacking since the manager lost trust in Anthony Martial.

With Brazil now out of the World Cup, it is believed Willian is now willing to discuss his club future.

Former Real Madrid president Ramon Calderon has warned the club it will be “impossible” to replace Cristiano Ronaldo.

The 33-year-old attacker has been linked with a move to Juventus this summer, amid reports that he does not feel appreciated enough in the Spanish capital.

The Sweden international recently signed a new deal with RB Leipzig, so the Toffees will have to part with £25 million ($33.2m) in order to land him.

Forsberg has previously been linked to Everton’s Merseyside rivals Liverpool, as well as Arsenal.

*Everton and Tottenham battle for Mina*

Everton and Tottenham are among the clubs that will look to land Barcelona centre-back Yerry Mina on loan, reports the Sun .

Barcelona are nearing the capture of Sevilla centre-back Clement Lenglet, which would leave Mina fourth choice.

The Colombia international is to be offered to Premier League clubs as Barcelona do not want him to sit on the bench.

Wilshere had been out of contract after his deal with Arsenal expired last month and will receive wages of £100,000 per week.

*Liverpool still in hunt for Grealish*

Liverpool are in the hunt for Aston Villa midfielder Jack Grealish, though Tottenham remain the favorites to land his signature, reports the Mirror .

Villa wanted £40 million ($53m) for Grealish, but were forced to reduce that in half due to the club’s budgetary problems.

Tottenham have only bid £15m ($20m) and while Villa have hoped Liverpool would help spark a bidding war, so far no offer from the Reds has come in.

Newcastle manager Rafa Benitez is waiting to sign a new five-year contract with the club until they prove they will spend in the transfer market, reports the Mirror .

Benitez, who will enter the season with 12 months left on his deal, is disappointed that only two players have been signed by the club this window.

He is also frustrated by the potential departures of Mikel Merino to Real Sociedad and Matt Ritchie to Stoke City.

West Ham have made an initial bid of £17.5 million ($23.2m) on Borussia Dortmund midfielder Andriy Yarmolenko, according to Sky Sports .

The deal for Ukraine international, who joined Dortmund last season for £23m ($30.5m), would be pending a medical and work permit.

The Molde forward is set to be looked at by over a dozen clubs on Sunday when his side face off against Valerenga.

*Fekir set to stay at Lyon*

Lyon president Jean-Michel Aulas has expressed his belief that Nabil Fekir will line up for the Ligue 1 side next season after seeing a move to Liverpool fall through.

“I think that Nabil will be at OL next season,” he explained to RMC Sport on Saturday.

“I have almost a father-son relationship with my players, I gave him the chance to go to Liverpool because it was his dream club.

*Timbers closing in on Conechny*

The Portland Timbers are on the verge of landing 20-year-old Argentine Tomas Conechny on loan from San Lorenzo, The Athletic reports.

The deal would include an option for Portland to buy the attacking midfielder outright at the end of the MLS season.

Sadio Mane has acknowledged interest in his services from Real Madrid while maintaining he has had no contact with the club about a prospective transfer from Liverpool.

The Senegal international said: “Real are a great team, but I am focused on my team, Liverpool.”

David Luiz has trolled Porto after learning of rumours linking him with a summer transfer from Chelsea to the Portuguese outfit.

The Brazil international continues to see his future at Stamford Bridge called into question after falling out of favour under Antonio Conte.

Pinnick VS Giwa leadership tussle: Hatred, envy and bitterness have eaten deep into us