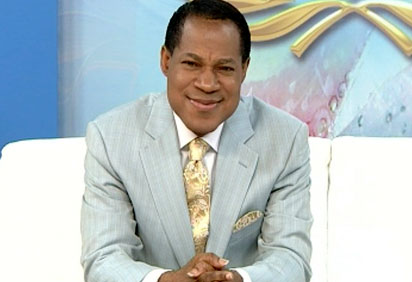 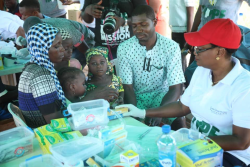 Joy and hope flooded the hearts of over 1000 families who had been displaced by the ravaging flood in Niger State and other parts of the country.

This time, it was renowned televangelist and healing minister Pastor Chris Oyakhilome through the Chris Oyakhilome Foundation that extended an uncommon humanitarian assistance that brought joy and hope to the hearts of families in Niger State North Central of Nigeria who were seriously affected by the disaster.

Delegates of four agencies of the Chris Oyakhilome Foundation carried out humanitarian missions to Niger in the north central part of Nigeria penultimate week.

Themed Hope Relief Mission, the effort followed displacement of over half a million people as a result of flooding which has washed away houses, farmlands, and sources of livelihood.

The federal government has since declared a state of emergency as no fewer than five states were affected.

The agencies, all from the Believer LoveWorld Ministry, include the InnerCity Mission for Children, Volunteer Medical Corp and Bible for all Missions.

According to a press release from the ministry, the team visited the state’s governor at the State Government House Minna, to kickstart the mission. 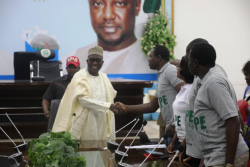 The Deputy Governor Alhaji Mohammed Ketso- (who represented the Executive Governor), members of the state Executive council and the National Emergency management Agency NEMA were also at the meeting.

Issues discussed included the cause of the disaster, rehabilitation and reconstruction efforts of the government and the areas of need where humanitarian organizations like the Chris Oyakhilome Foundation can assist the state in rebuilding the lives of the people that have been affected by the disaster.

Pastor Victor Nosegbe, who led the delegates, told the state executives about the global reach and impact of the unique and the multifaceted ministry of Pastor Chris Oyakhilome.

They were equally informed of the services that the Chris Oyakhilome Foundation would offer to the flood victims in Niger, which is the first beneficiary amongst the states affected.
Ketso expressed the government’s readiness to support the humanitarian efforts to affected and displaced persons. 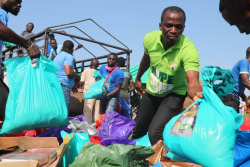 The ministry’s most read publication, the Rhapsody of Realities were also distributed along with study Bibles in Hausa and Arabic languages.