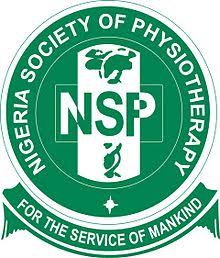 The Association of Clinical and Academic Physiotherapists of Nigeria (ACAPN), has decried the dearth of physiotherapists in both federal and state hospitals in the country.

The President of ACAPN, Dr Chris Okafor, said this in an interview to celebrate World Physiotherapy Day on Wednesday in Lagos.

World Physiotherapy Day is marked every Sept. 8, to create awareness about the crucial contribution physiotherapists make to society, enabling people to be mobile, well, and independent.

This year’s theme is: “Rehabilitation and Long COVID and the role of physiotherapists in the treatment and management of people affected by Long COVID-19.

Okafor said that many federal, state and general hospitals did not have physiotherapy departments noting that they only had one or two physiotherapists in their health institutions.

“Lack of adequate physiotherapists has affected the treatment and management of many patients in the hospital.

“The Federal and state governments should critically look into this issue by employing more physiotherapists.

“Days ago, the federal government set up a health care relating issues committee chaired by the Vice-President of Nigeria, Prof. Yemi Osibanjo, which includes some president’s medical professionals excluding our association.

“How do we want to encourage our colleagues to function and manage health issues such as stroke, cancer and more when they are not recognized?”

Okafor added that quackery was also a challenge affecting the profession in the country.

According to him, individuals who are not well knowledgeable in the practice parade themselves as physiotherapists thereby causing more harm to patients.

“Most times they cause more health damage and mismanagement to patients, which is a big problem in Nigeria’s health system.

“Some of these patients visit fake physiotherapists due to lack of awareness which is why we are creating the awareness today.

“Governments should help to checkmate this menace and empower the physiotherapists’ board to eliminate quackery,” he said.

Speaking further, the President described physiotherapy as a physical therapy and intervention given to patients suffering from any ailment such as stroke, cancer, COVID-19 and so on.

“Physiotherapy is an akin to healthcare where physical agents are applied rather than use of drugs.

“The physical agents means use of electrical, massage, exercise, manipulation and so on.”

He noted that physiotherapy was not just basically treatment or rehabilitation but also helping the prevention of COVID-19.

“We encourage people to exercise to keep the body system warm which helps the body to resist any infection or virus,” he said. 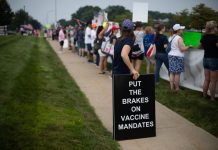