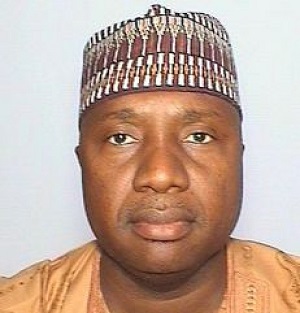 By TOM GARBA, Yola
The Deputy Speaker of Adamawa House of Assembly (ADHA), Hon. Sunday Peter, expresses the view that it is only what is bad can be charged for good, saying that Adamawa has, therefore, been changing for good under the administration of Senator Mohammadu Umaru Jibrilla Bindow. Peter stated in a media interaction with our Correspondent in Yola on the bailout loan procured by the State Government to upset the backlog of salaries, leave grants and gratuity incurred by the past administration.
“You can only change what is bad to good. This state is changing for good forever. I see this Government as a progressive one and I commend the leadership of Bindow relieving the pains of civil servants in the state by paying their long awaited entitlements with the bailout loan procured to solve the financial crisis of the state,” the Deputy Speaker said.
He appealed to civil servants in the state to reciprocate the efforts made by Bindow in working hard to revive the economy of the state, describing them as engine room of development. He further lamented that the recent Bomb explosion was a total black day to the people of the state where scores of people were killed in the deadly act, calling on people to be security conscious and report any suspicious persons around them to security operatives.
The deputy speaker also advocated the need for community policing which, he said, will help in curbing all forms of insurgency in the country. He commended President Muhammadu Buhari for assuring Nigerians that Boko Haram will become by the end of the year.