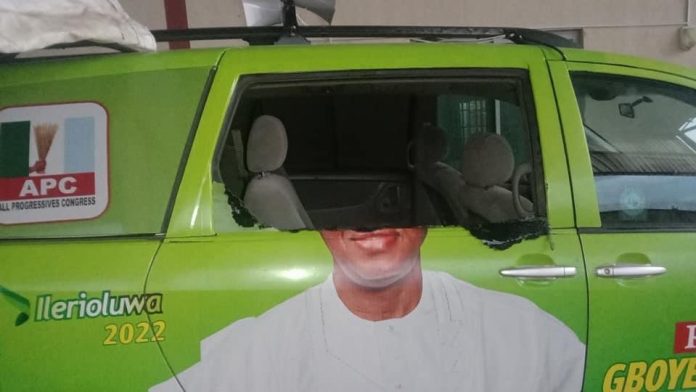 The campaign train of  Osun Governor Adegboyega Oyetola came under attacks at Arapajo , Gbogan, on Monday.

Hoodlums and political foot soldiers attacked a bus and another one marked Correspondent Chapel of the Nigerian Union of Journalists (NUJ) on the convoy.

No fewer than 12 vehicles were destroyed in all. Some of the journalists in the bus sustained injuries.

Other road users were also stranded by the activities of the criminals armed with axe, cutlasses, stones, and others.

This is the second time Oyetola will be attacked as governor in his own state.

The first was after he was sworn i as governor.