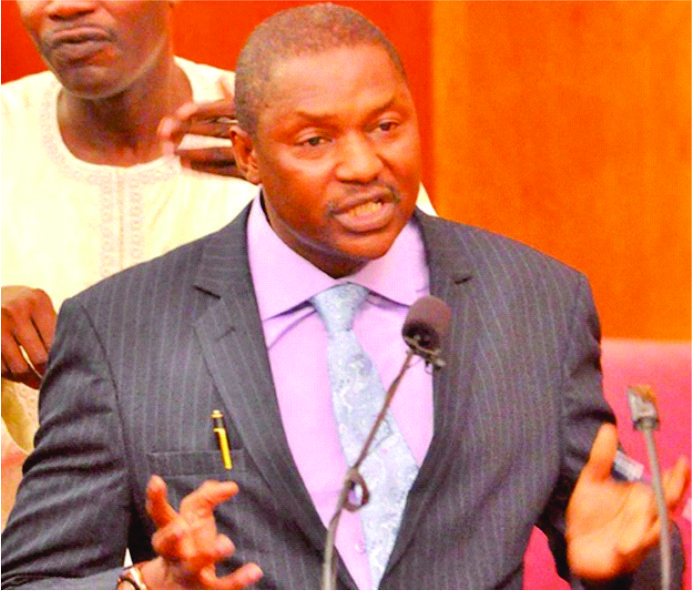 The minister of Youth and Sports Development Barrister Solomon Dalung has said that he drew the attention of the Nigeria Football Federation to the Supreme Court judgement that the ministry has been served and same has been sent to the Attorney General of the Federation (AGF) for advice, National Daily learnt.

The minister stated fu rther that the outcome of the Attorney General of Federation advice will determine the fate of football leadership in Nigeria.

“I drew the attention of the NFF that there is a Supreme court judgement that was sent to us, and we have sent it to the Attorney General of the Federation for advice. Therefore, everything we do now must wait for the outcome of the advice of the Attorney General of the Federation because it will determine the fate of football leadership in Nigeria.”

National Daily gathered that the minister urges Nigerians and the football stake holders to put everything on hold for now, so as to concentrate on the World cup because the world cup is a passion which will be followed by 180 million Nigeria while the NFF election is all about electing just fifteen member board. So, the Nigerian government cannot trade off the world cup for election.

“I don’t want to join issue with anybody who is buying NFF election forms bit it is clear that the most important thing for this country now is the world cup. Like i said, election is about electing fifteen people while the world cup is a passion of 180 million Nigerians. So it is ridiculous for anybody to imagine that after government have invested so much in preparing the team for the world cup at this point trade it off for election of just 15 member board.”

Buhari did the unthinkable – Gani Adams