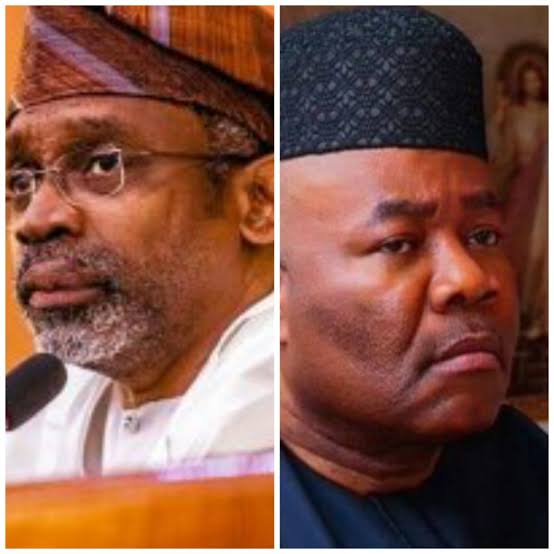 The Speaker acknowledged that Akpabio has failed to meet the deadline in proving his allegation and that the 48-hour ultimatum has expired.

Accordingly, Rt. Hon. Gbajabiamila in a statement on Thursday declared inter alia: “the Honourable Minister has failed to respond to my request. Therefore, I must conclude that his statement intended solely to gaslight the nation to avoid accountability for the evident maladministration and malfeasance in the Niger Delta Development Commission.”

The Speaker continued: “this morning, I asked the Clerk of the House of Representatives to engage the services of legal counsel and instruct them to initiate criminal complaint of perjury against the minister. As the same time, we will implore counsel to explore the possibility of a civil defamation suit against the Minister.”

Akpabio in a letter to the House of Representatives, later read by the Speaker, Femi Gbajabiamila, on the floor of the House, clarified that he never referred to members of the Ninth National Assembly as the beneficiaries of the NDDC contracts. He, however, pointed out that in the 2019 budget, there are 19 old contracts worth N9 billion which the House of Representatives Chairman on NDDC insisted that the Interim Management Committee (IMC) must pay. The Minster restrained himself from making the documents public.

National Daily gathered that Akpabio’s letter was sent in few minutes after the Speaker of the House of Representatives had revealed that he has ordered the Clerk of the House to commence legal criminal suit against the minister on the expiration of a 48-hour ultimatum issued on Tuesday.