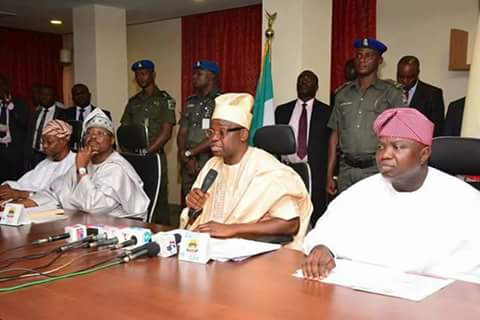 Governor Fayose of Ekiti State hosts the six states in the South West region, the forum meeting today was purposely to strengthen partnership for economic growth among the member states.

Ambode in his remark said, “Irrespective of our political leanings, it is our goal to harness the comparative advantage of the South West States for the progress and wellbeing of our people.”

The Governor said, “Our goal is to harness the comparative advantage of South West States for the progress & wellbeing of our people.”