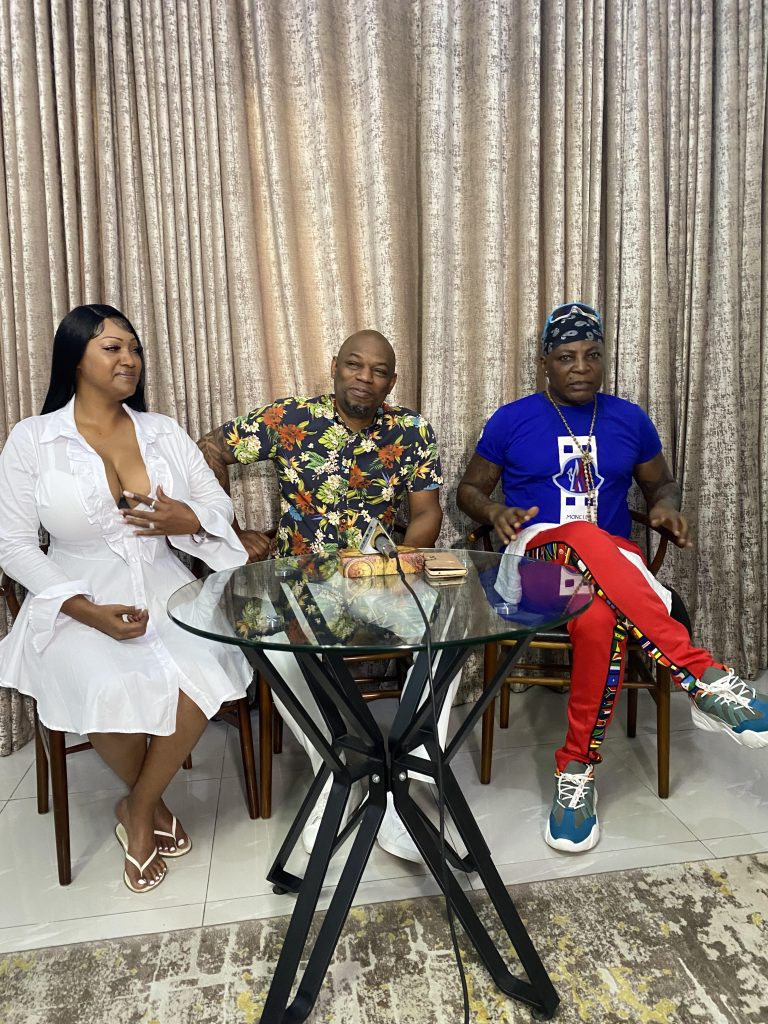 Nigerian showbiz maestro, Charles Oputa, popularly known as Charly Boy, has caught the attention of directors and film producers in the United States, to tell his story in a movie setting, about how he dedicated his life and love for Nigeria.

American film mogul, Mike Styles, with credits from box office movies such as Spiderman, Transformers and State of play, at a news conference on Thursday in Lagos, disclosed plans to produce Charly Boy’s biopic.

Styles said: “To me he is the African version of Bruce Lee without the physical fighting.

“Bruce Lee had a mission to bring his culture and message to America and like Bruce, Charly Boy lives outside of the box and I’m excited to be a part of a project that is going in that very same direction.

“Charly Boy has already shown his country that he cares, that he is here for his people, he has also lived in America ,so he has a relationship with that part of it as well.

“And this had me come back to his political background, his views, his mindset, his thinking outside the box, which drew my attention when he was first brought to me, I got excited about it. I want to tell his story.”

Styles, who is also attributed to highly successful television shows like Power and Empire, said that part of the project was to be able to bridge two walls in the movie industry.

“So, getting Charly Boy’s story while he was in America and also in Nigeria are very important piece to add into the making.

“I like his story, the fact that the world needs to get a chance to hear that too. Immediately I spoke to Charly Boy about this, we were excited, his character is amazing.

“Production dates have not yet been confirmed but with a dream team like this, soon the whole world will be acquainted with the consciousness of Charly Boy,” he said.

A master engineer and assistant director, Synderella Clarke, introduced her outlook on the project, saying, “CharlyBoy has a unique situation.

“His father was Supreme Court Judge of Nigeria, he participates in politics, and he is an activist for the youth and wants the best for his people.

“He also has experienced the darker side at some points in his life like being a victim of racism and addressing the churches and the president for their poor choices and behaviours.

“Charly Boy will not yield to conformity and he doesn’t take his people being mistreated lightly. He has all the elements needed to be a leader and so being a part of this project is an honour for me.”

According to Hartquist, Nollywood is ruling the African continent and what a better way to be part of such a significant world than to combine Nollywood with American film.

“A Nigerian production team will be chosen to assist the American production team in the telling of this incredible story and we believe that since Charly Boy dedicated his life and love to the Nigerian people we think it’s best to involve a production crew native to Nigeria,” he said.

Responding, Charly Boy said that the project was part of his wish list he planned to leave as a legacy.

“We all have our wish list, what we want to be able to do before we pass on, and it is all about living legacies.

“Charly Boy has been in relevance for over four decades and that is why the brand has remained consistent, tenacious, audacious over the years.

“Because it was part of my wish list, things to do for me, but the fact that someone had come with the idea to beat me to it, I feel good and grateful that there are people who are thinking in that kind of line.

“If not now to tell my story, when? I have been on this close to 50 years and over and I think I deserve to hang my boot,” he said.

The News Agency of Nigeria reports that Charly Boy, born June 19, 1950, is a singer/songwriter, television presenter, publisher, and producer.

He is best known for his alternative lifestyle, political views, and media productions, most notably “The Charly Boy Show”.

He has served as president of the Performing Musicians Association of Nigeria (PMAN) and in 2011 was an Idol Series judge.