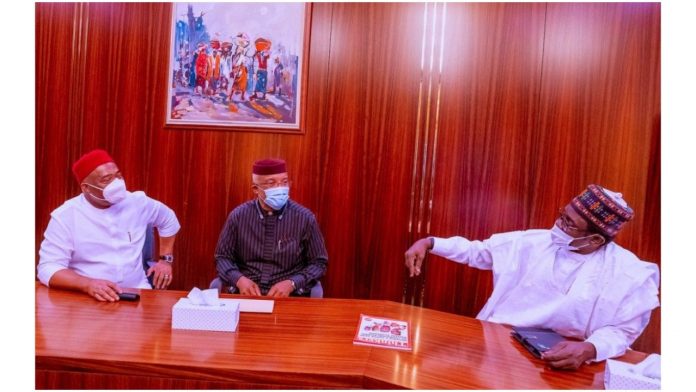 The defection is coming less than 30 days to the state guber election his ruling APGA hopes to win.

Okeke was received into the party by President Muhammadu Buhari, during a meeting on Wednesday, in Abuja.

At the reception were APC Caretaker Committee Chairman Mai Mala Buni, Imo Governor Hope Uzodinma and other members of the party.

Some federal lawmakers and other members of the state ruling party defected weeks ago to the APC, the first in a series of defection that has hit the dominant party in Anambra.

Not much is known about Okeke except that he earlier served as Commissioner for Works and Transport under former Gov. Peter Obi.