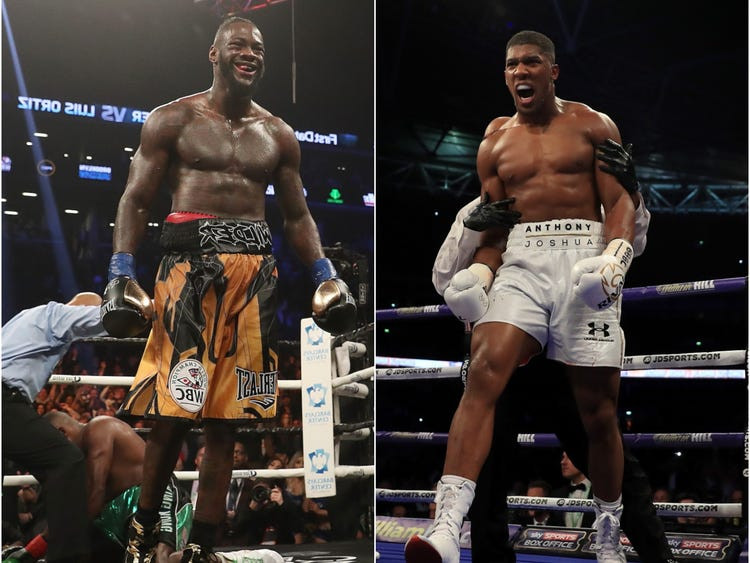 Anthony Joshua has revealed he’s willing to take on a challenge with Deontay Wilder next year if the opportunity emerged after his rematch with Oleksandr Usyk.

The British-Nigerian boxer will seek immediate redemption early next year in a rematch with Usyk after suffering a devastating defeat in London last month.

A victory against Usyk could set up either an undisputed clash with Fury or even a shot at Wilder upon his return from injury. But the 31-year-old has promised to fight “anyone” and would be keen to take a fight with the ‘Bronze Bomber if any challenge comes up.

“If the fans can’t see I would take these fights with the fighters like Wilder in a heartbeat,” Joshua told IFL TV. “And I want people to know that I would fight anyone in their prime or anytime. Give me a mandatory and I will fight anyone, I love the game and will fight anyone.

“I will take on any challenge providing politics aren’t an issue and the finances are there with these guys, people know what I am about. I think Wilder fought Fury thinking it was going to be easier than his previous fights and got caught in a trilogy web.

“But would I fight Wilder, yes I would.”

Joshua has been previously linked with the American before the trilogy between Fury and Wilder began in 2018.