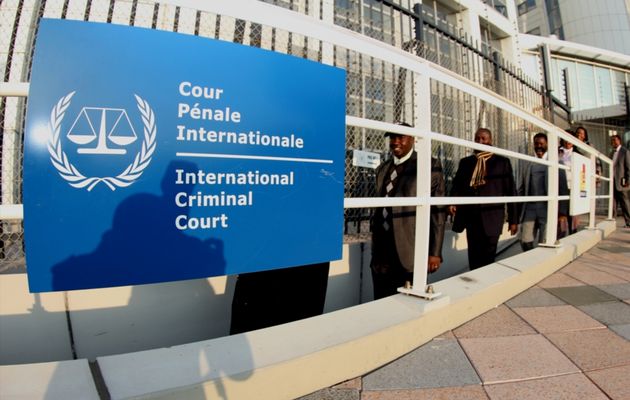 The International Criminal Court in The Hague (ICC) is considering the petition on the allegations of widespread, systematic and large-scale corruption in the electricity sector since the return of democracy in 1999 and under the governments of former presidents Olusegun Obasanjo, Umaru Musa Yar‘Adua and Goodluck Jonathan in Nigeria, anti-corruption advocacy group, Socio-Economic Rights and Accountability Project (SERAP) has confirmed.

Timothy Adewale, SERAP Deputy Director, in a statement on Wednesday, indicated: “SERAP can confirm that the ICC is now considering our petition. We have received communication from Mark P. Dillon, Head of Information and Evidence Unit of the ICC, indicating that the court will give due consideration to our petition.”

According to SERAP, the information is contained in a letter with reference number OTP-CR-245/17 received by the organizationthis Wednesday. SERAP quoted the letter as reading in part: “This communication has been duly entered in the Communications Register of the Office. We will give consideration to this communication, as appropriate, in accordance with the provisions of the Rome Statute of the International Criminal Court. As soon as a decision is reached, we will inform you, in writing, and provide you with reasons for this decision.”

Timothy Adewale said: “SERAP appreciates the prompt attention to this matter by the ICC. We urge the court to pursue this matter to a satisfactory conclusion by taking the case forward as required by the provisions of the Rome Statute, and ensuring a thorough investigation and prosecution of suspected perpetrators of grand corruption in the electricity sector in Nigeria.”

It would be recalled that SERAP last week sent a petition to Mrs. Fatou Bensouda Prosecutor the ICC asking her to use her “good offices and leadership position to investigate whether the allegations of widespread, systematic and large-scale corruption in the electricity sector since the return of democracy in 1999 and under the governments of former presidents Olusegun Obasanjo, Umaru Musa Yar‘Adua and Goodluck Jonathan in Nigeria amount to crimes against humanity within the jurisdiction of the International Criminal Court, and to prevail on the Nigerian government to surrender all suspected perpetrators for trial by the ICC.”

Office of The Prosecutor Nigeria is a state party to the Rome Statute and deposited its instrument of ratification on 27 September 2001. In the petition dated 16 August 2017 and signed by SERAP deputy director Timothy Adewale the organization said that, “allegations of corruption in the electricity sector in Nigeria have had catastrophic effects on the lives of millions of Nigerians, akin to crimes against humanity as contemplated under the Rome Statue and within the jurisdiction of the Court.”

According to SERAP, “The Rome Statute in article 7 defines ‘crime against humanity’ to include ‘inhumane acts causing great suffering or injury,’ committed in a widespread or systematic manner against a civilian population. The common denominator of crimes against humanity is that they are grave affronts to human security and dignity.  Therefore, the staggering amounts of public funds alleged to have been stolen over the years in the electricity sector create just these consequences. Crimes against humanity are not only physical violence; allegations of corruption in the electricity sector hold a comparable gravity, which the Prosecutor should examine and thoroughly investigate.”

The petition reads in part: “The elements that need to be established to prove a “crime against humanity “under article 7(1)(k) of the Rome Statute are that, the perpetrator inflicted great suffering or serious injury by means of an inhumane act; that the perpetrator was aware of the circumstances, and that the act was committed within a widespread or systematic attack on a civilian population; and that the perpetrator knew of that link.”

“SERAP considers these allegations of widespread and systematic corruption in the electricity sector as amounting to crimes against humanity and therefore clear violations of the provisions of the Rome Statute of International Criminal Court. SERAP believes that these allegations have given rise to individual criminal responsibility of those suspected of perpetrating corruption in the electricity sector, as entrenched in the Rome Statute of the International Criminal Court.”

“SERAP considers the apparent failure of successive governments and high-ranking government officials to prevent widespread and systematic corruption in the electricity sector as amounting to complicity under the Rome Statute. SERAP therefore believes that the widespread and systemic nature of large scale corruption in the electricity sector fits the legal requirements of a crime against humanity.”

“The 2006 Commonwealth working group on asset repatriation specifically refers to corruption including in the electricity sector being defined as an international crime. SERAP believes an international investigation by the ICC would complement the anticorruption initiatives by the current government and contribute to ending a culture of impunity of perpetrators.”

“SERAP believes that substantial grounds exist to warrant the intervention of the Prosecutor in this case. Pursuant to the Rome Statute, the Prosecutor has power to intervene in a situation under the jurisdiction of the Court if the Security Council or states parties refer a situation or if information is provided from other sources such as the information SERAP is providing in this case.”

“SERAP is seriously concerned that the instances of corruption highlighted above and details of which are contained in the enclosedFrom Darkness to Darkness report are not isolated events, but illustrate the widespread and systematic nature of large scale corruption in the electricity sector under the governments of former presidents Olusegun Obasanjo, Umaru Musa Yar‘Adua and Goodluck Jonathan. This level of corruption has limited access to and affordability of electricity in Nigeria.”

“Widespread, systemic and large-scale corruption in the electricity sector and the lack of transparency and accountability in the use of public funds to support the operations of Discos have resulted in regular blackouts and disproportionately affected the most disadvantaged and vulnerable sectors of the population who cannot readily afford expensive generators in order to have a reliable power supply. The situation is not likely to improve considering that the production of electricity is not proportionate with the rapidly growing population.”

“The African Commission on Human and People’s Rights has adjudged the failure of the States “to provide basic services such as (…) electricity” as violating the right to health.” SERAP argues that Nigeria is bound to make full use of the resources available to ensure regular and uninterrupted supply of electricity, even in times of resource constraints. Under international law, vulnerable members of the society must be protected by the adoption of relatively low-cost targeted programmes even in times of severe resources constraints.”

“SERAP also notes that allegations of corruption in the energy sector have resulted in the epileptic and interrupted supply of electricity and corresponding deprivation and denial of the citizens’ access to quality healthcare, adequate food, shelter, clothing, water, sanitation, medical care, schooling, and access to information.”

“SERAP notes that lack of access to uninterrupted energy/electricity services has forced many citizens to use and collect frequently contaminated surface water for drinking and household uses; and denied the citizens the ability and services for boiling, purifying, disinfecting, and storing water, as well as for irrigation to increase the productivity of lands, thereby decreasing the availability of food supplies and undermining employment opportunities.”

It would be recalled that last week SERAP launched its report titled, From Darkness to Darkness: How Nigerians are Paying the Price for Corruption in the Electricity Sector alleging that “the much-publicised power sector reforms in Nigeria under the Electric Power Sector Reform Act of 2005 is yet to yield desired and/or anticipated fruits largely due to corruption, regulatory lapses and policy inconsistencies. The country has lost more megawatts in the post-privatisation era due largely to widespread, systemic and large-scale corruption.”

The report also said that, “The total estimated financial loss to Nigeria from corruption in the electricity sector starting from the return to democracy in 1999 to date is over N11 trillion. This represents public funds, private equity and social investment (or divestments) in the power sector. It is estimated that may reach over N20 trillion in the next decade given the rate of Government investment and funding in the power sector amidst dwindling fortune and recurrent revenue shortfalls.”