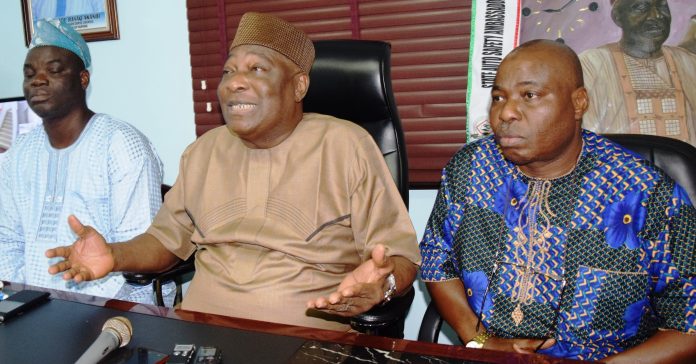 The Lagos zonal Chairman of the Petroleum Tankers Drivers (PTD) an affiliate body of the NUPENG, Comrade Rasaq Akanbi has debunked the news making the rounds,linking the body with the fracas that led to the burning down of two banks on creek road Apapa.

Speaking at a press conference held at the PTD office in Apapa,Comrade Akanbi put the records straight,that the incident that occured hasnothing to do with PTD,contrary to the misinformation in the various reports.

“The true side of the story according to our investigation was that the matter started with a police officer and a container driver not tanker driver .

“We are not involved at all in the matter that happened yesterday,it was to our amazement that attribute that incident to our body,that is why we call this conference to set the records straight.

“When we learnt about the matter,we stop our own loading just for safety of lives and property and when we later observed the situation was conducive for operation we will continue,our PTD tankers deal with products, the articulated vehicles carry containers.

He urge PTD members not to panic, “don’t rush to load petrol as there are no shortage of supply in town,we are doing our normal operation except that Folawiyo that we shut down on Wednesday and once the matter was under control,we started loading again. 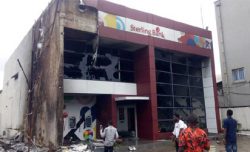 Meanwhile, in an earlier chat with newsmen,the Chairman PTD Folawiyo depot,Comrade Samuel Owolabi Gbenle confirmed that the fracas was induced by the articulated vehicles,not tanker drivers at all,stressing that they were even loading during the time the crisis started and had to stop operation immediately till the mayhem subsides.

“We are not fighting the police or anybody,we are ready to do our work 24 hours” He added.