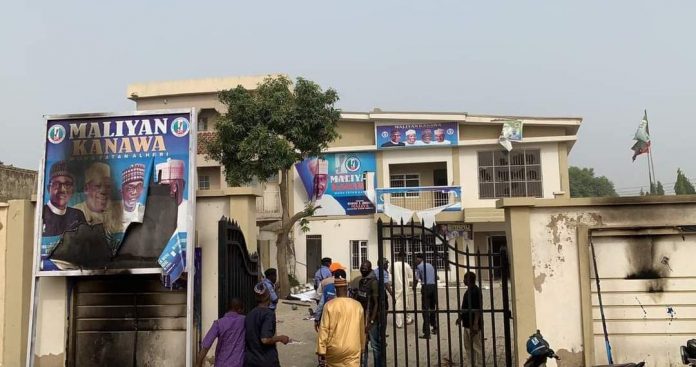 Headquarters of a faction of the All Progressives Congress (APC) in Kano state, located along Maiduguri road in Kano metropolis, and less than three kilometres from a mobile police barrack at Hotoro area in Tarauni Local Government Area, has been set ablaze. 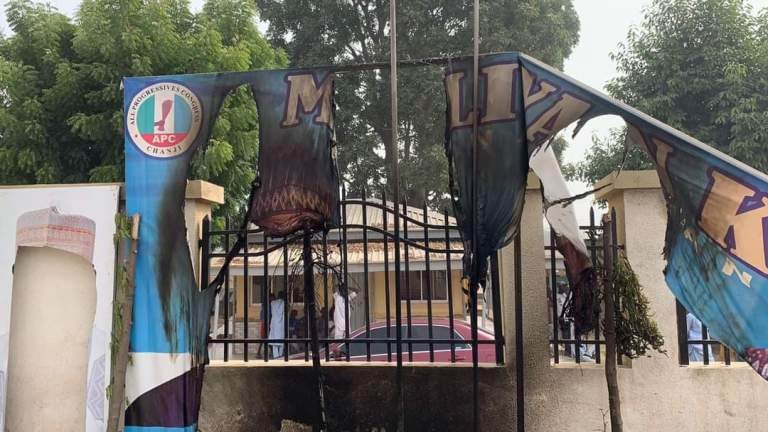 The building which was set ablaze, housed the head office of the factional group of the APC led by former Kano governor, Ibrahim Shekarau. The faction is opposed by the second faction loyal to the incumbent governor, Abdullahi Ganduje. 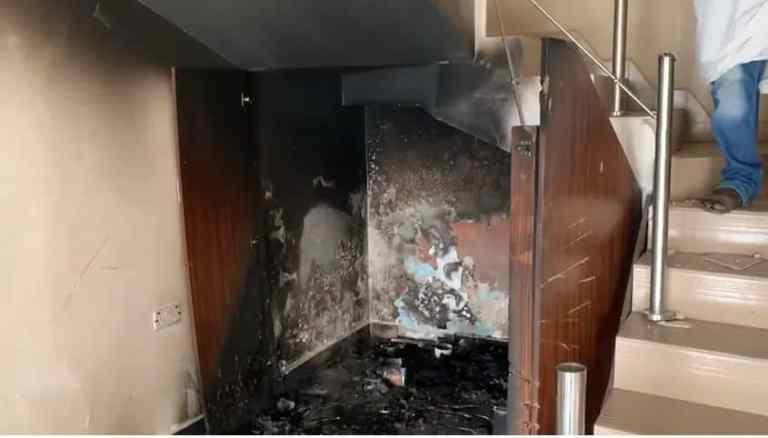 The incident occurred after a Federal High Court in Abuja on Tuesday November 30, upheld the congresses conducted by the Shekarau faction, nullified congresses at the ward, local government and state levels conducted by the rival faction and also issued an order restraining the Ganduje faction from appointing a new executive. 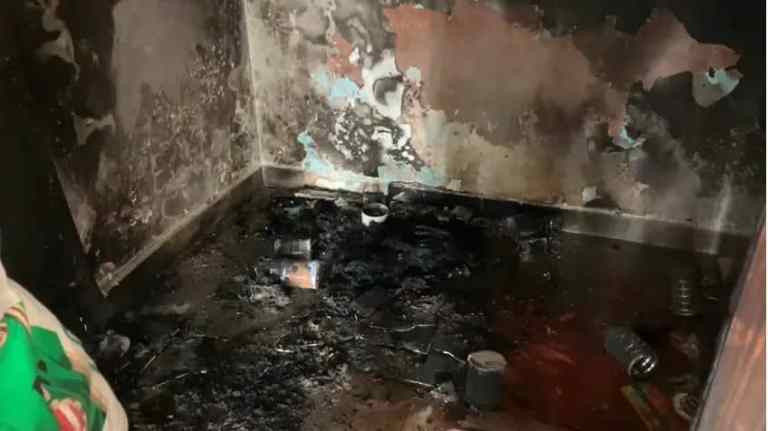 Shortly after the building was set ablaze by protesters on Thursday December 2, residents of the area intervened to quickly put out the fire and confront the arsonists. Police later arrived at the scene to maintain law and order.