The Nigerian Air Force said it has re-introduced the absorption programme of the Ex – Junior Airmen, its secondary school graduates, into the service as airmen.

This was revealed by the Chief of Air Staff (CAS), Air Marshall I. O. Amao, at the 36th Passing Out Parade of Junior Airmen of the Air Force Military School in Jos the Plateau State capital

Speaking at the ceremony, Amao said some of the previous graduands that indicated interest have keyed into the automatic absorption programme and have since been deployed to various Nigerian Air Force units across the country after undergoing the consolidation training at Military Training Centre Kaduna.

Represented by Air Vice Marshall Isa Muhammad, CAS enjoined the graduating students to uphold the good tenets they have learnt while in the school as well as those they would learn in the service to enable them maintain the high standards expected of them by the Nigerian Air Force.

“The Passing Out Parade signifies your formal completion of secondary education after 6 years of academic and military training at the Air Force Military School. The School has graduated over 4,300 students so far from inception to date.

“I therefore want to use this medium to congratulate you for your patience and perseverance leading to your successful completion of your secondary school education in this great institution. I therefore urge you to keep the flag flying and distinguish yourselves in all spheres of your future endeavors.

“It is worthy of mention that the level of training you acquired while at Air Force Military School will be worthless without commensurate application of this endeavour in the form of service to our fatherland as airmen.

“This informed the NAF’s decision to re-introduce the absorption programme of the Ex – Junior Airmen into the Service as airmen. Already, some of your predecessors that indicated interest have keyed into the automatic absorption programme and have since been deployed to various Nigerian Air Force units across the country after undergoing the consolidation training at Military Training Centre Kaduna.

“On this note, I implore you to uphold the good tenets you have learnt while in the School and those you would learn in the Service to enable you maintain the high standards expected of you by the Nigerian Air Force,” he said.

He further explained that whether in or out of the school or service,  all Junior Airmen must remain focused, resolute, passionate and strive towards the achievement of their personal goals and aspirations, bearing in mind the motor of the School ‘Strive to Excel’.

However, he added, in the pursuit of these personal goals and aspirations, they must keep abreast of the moral lessons of the spirit of national consciousness, selfless service and patriotism inculcated in them by the school for enhanced national integration.

Meanwhile, the CAS said they are in the process, with the Plateau State Government, to provide the school with a 1,000 capacity auditorium and also to carry out some other rehabilitation works on the remaining squadrons.

He noted also that he will soon approve the upward review of the Junior Airmen ration as a way of cushioning the effect of inflation and to improve their feeding.

“I want to reiterate my profound commitment in improving the welfare and quality of wellbeing of our personnel. To this end, these achievements recorded by the Nigerian Air Force in terms of welfare, infrastructural development and operational efficiency would not have been possible without the support of the Federal Government under the transformational leadership of Mr President and Commander – in – Chief, Muhammadu Buhari,” he added. 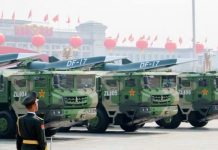