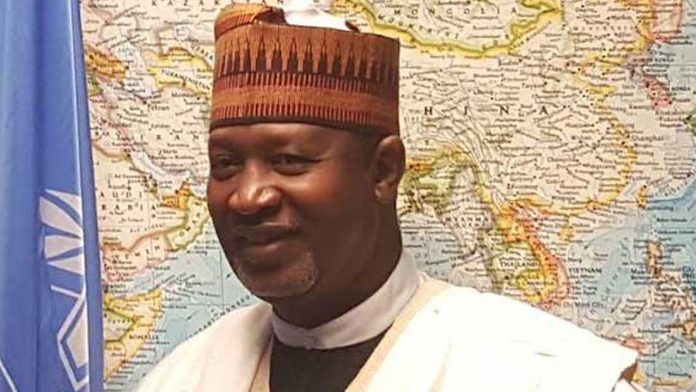 Stakeholders in the aviation industry have condemned the directive by the Minister of State, Aviation, Hadi Sirika, to the Federal Airports Authority of Nigeria, FAAN, on remittance of 5 percent of its total Passengers Service Charge (PSC) to the Accident Investigation Bureau (AIB).

According to National Daily findings, stakeholders in the industry including members of the Nigerian Union of Pensioners, Federal Airports Authority of Nigeria (FAAN) branch, Association of Nigerian Aviation Professionals (ANAP) accused the Minister of a grand plan to destroy FAAN, saying they would not fold their hands and watch Sirika have his way.

But the unions argued that with FAAN grappling with the payment of gratuities of some workers who left service since May 2016, the unions feel that, directing FAAN to remit 5% from its meager revenue would finally deplete the agency’s purse.

Stakeholders also argued that the AIB has no role to play as the agency remained dormant except when there was accident describing the move as another conduit pipe to siphon funds from the industry.

According to them, if by any chance, AIB is in need of money, the Ministry of Aviation should be able to fund the bureau, adding that by law, AIB is supposed to be funded by the Federal Government.

Speaking on behalf of ANAP, the secretary general of the association, Comrade Abdulrazaq Saidu said that such move by the Aviation Ministry will not be accepted; adding that what is expected from the ministry is to first address each debt being owed the service providers by the airlines.

Speaking in the same vein, chairman of the National Union of Pensioners, (NUP) FAAN branch, Comrade  Razaq Ope, said that the issue of requesting for 5 per cent from IGR, especially from passenger’s Service charge both local and international airlines  cannot be accepted by the union.

Comrade Ope, who corroborated Saidu’s view that AIB is supposed to be funded by the Aviation Ministry said, “If they don’t have money, let the government be paying them. FAAN is taking care of many things; equipment, control tower are part of FAAN’s responsibilities. Most of the equipment are being taken care of by FAAN. AIB is not doing anything for anybody. It is not ideal and we the unions are ready to challenge the ministry on this issue.”

AIB argued that 10% will adequately fund its operations and enable it deliver on its statutory mandate with revenue generated from both local and international airlines. At present, AIB is surviving on 3% Ticket Sales Charge (TSC).